The region wherein we find the present-day village of Omemee, was purchased from the Mississaugas by the Government of Upper Canada in the year 1818. The first settlers to arrive in Emily Township had come from County Fermanagh, Ireland. In 1819, David Best came into the township and before winter arrived, cleared some land on Lot 20 of Concession 2. He returned to Cobourg for the winter months, returning to his land in the following spring. During the intervening months, another family settled on land nearby that of David Best. Humphrey Finley and his wife had settled on their homestead.

In the fall of 1820 other settlers arrived. Two brothers, Samuel and William Cottingham, sons of Maurice Cottingham, arrived that fall along with their cousin, Henry England. It is possible that James Laidley was another who arrived at this time. These new arrivals all settled onto lands that are today, part of the village of Omemee.

For the next few years the families worked diligently to establish and development their homesteads. Few of the early records of the community have survived to the present day, however oral history has passed down the recollections of services of the Church of England first being held in 1827. In that year Reverend Mr. Thompson was the Rector of Cavan to whom the responsibility fell for visiting the small backwoods community. He was followed by the Reverend Samuel Armour and others of the church who came after him. The first services were held in a log schoolhouse in the little community. This was located on Sturgeon Street, south of King.

A Mr. Ruttan of Cobourg gave land for the building of a church. This small lot was situated north of King Street (present day Highway Number 7) and at the head of Division Street. It was about the year 1835 that the first church was built. As there was not yet a resident minister, a group of laymen organized the work of building the church. Included among these men were James Balfour and his son Gabriel, Richard Marmion, Charles Corneil and John Toole.

While the building was started in 1835 it was the year 1840 before it was completed. In that year the Rev. G. C. Street was appointed the first incumbent minister for the Parish.

The small amount of land around the church became the churchyard burial grounds. It was used as a burying ground until the non-denomination Emily Cemetery, east of the village of Omemee, was opened in 1872.

In the year 1840, as the summer months warmed the land, regular services in the new church commenced. The first Holy Communion was held on 17 January 1841 with thirty-two communicants attending. 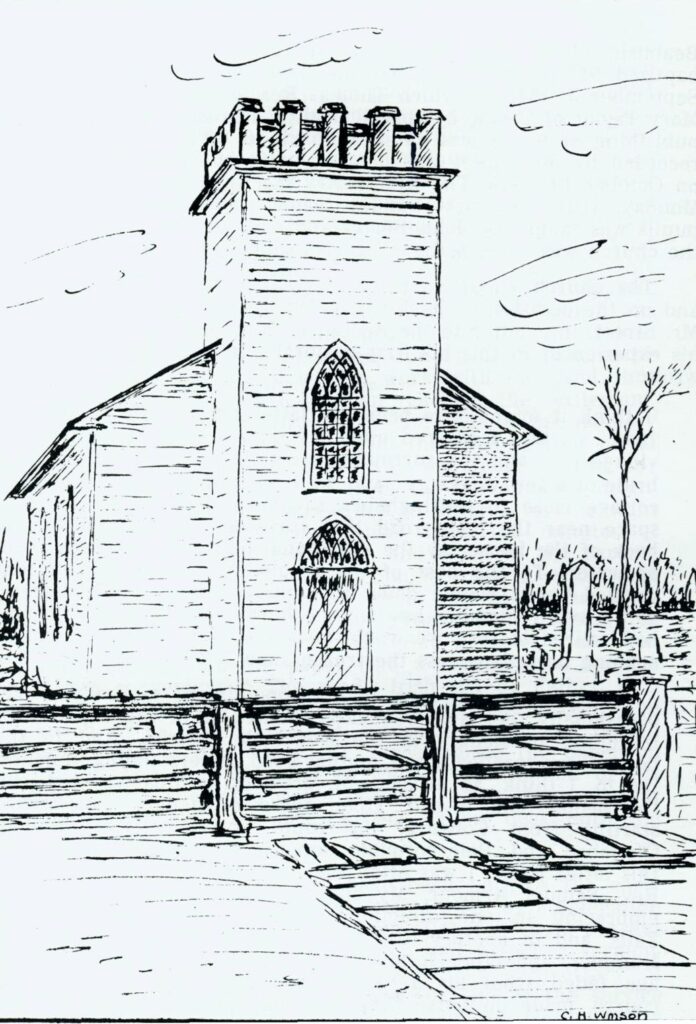 This image of the first church was created from an old photograph. It was drawn by C. M. Wilson.

Early baptisms at the church were conducted for: Jacob Harrison, Samuel Corneil and Thomas Beamish, all children of families from nearby Ops Township. Over the first fifteen months in his position at the Parish, Rev. Street baptized 93 individuals. As the first marriage he performed in the church, the reverend married Thomas Rea, of Ops, to Mary Taylor, of Cavan on 3 September 1840. The first burial to the little churchyard was that of Jane, wife of James Rea, of Ops. She was interred on 13 October 1840.

The small church in Omemee was named Christ Church. Reverend Street arrived in the latter part of the summer of 1840. Recently married, he came with his bride of barely a few weeks and they settled in a small cottage close to Cottingham’s saw mill. After about fifteen months, Reverend Street was transferred to the Rectory of Newmarket. In his place the Rev. William Shaw came to tend Christ Church parish in Omemee.

The original church building was outgrown by the early 1870s. In 1874, a new church was erected, the cornerstone being laid on 12 June 1874. Rev. Mr. Jones preached the last sermon in the old church the evening of Easter Day, 17 April 1874.

In June 1974, an article appeared in the Lindsay Post about a veteran’s headstone that yet resided in the old cemetery: 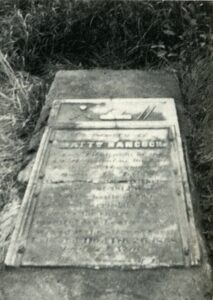 This veteran’s marker was moved to the new Emily Cemetery east of the village:

In memory of Mathew, late Lieutenant in 89th Regiment of the Line, A native of Maryborough, Queens Co., Ireland.

He served with honour in the War of 1812 and was present at the Battle of Lundy’s Lane and carried the King’s Colours the entire of that eventful day. He afterwards served at the Siege of Fort Erie, and Died Feb. 26, 1858, aged 74 yrs. Erected by the Orangemen of Emily.

Back in 1872, after the new Emily Cemetery opened, the small old churchyard fell into neglect. With the passing of many decades, the old stones became toppled, broken and badly weathered. Around the time of 1974, the small burial ground was cleaned up. The surviving headstones and pieces of markers were gathered up and set into a concrete form. By this time only about ten stones survived. A heritage sign was placed in behind the semi-circle of stones. 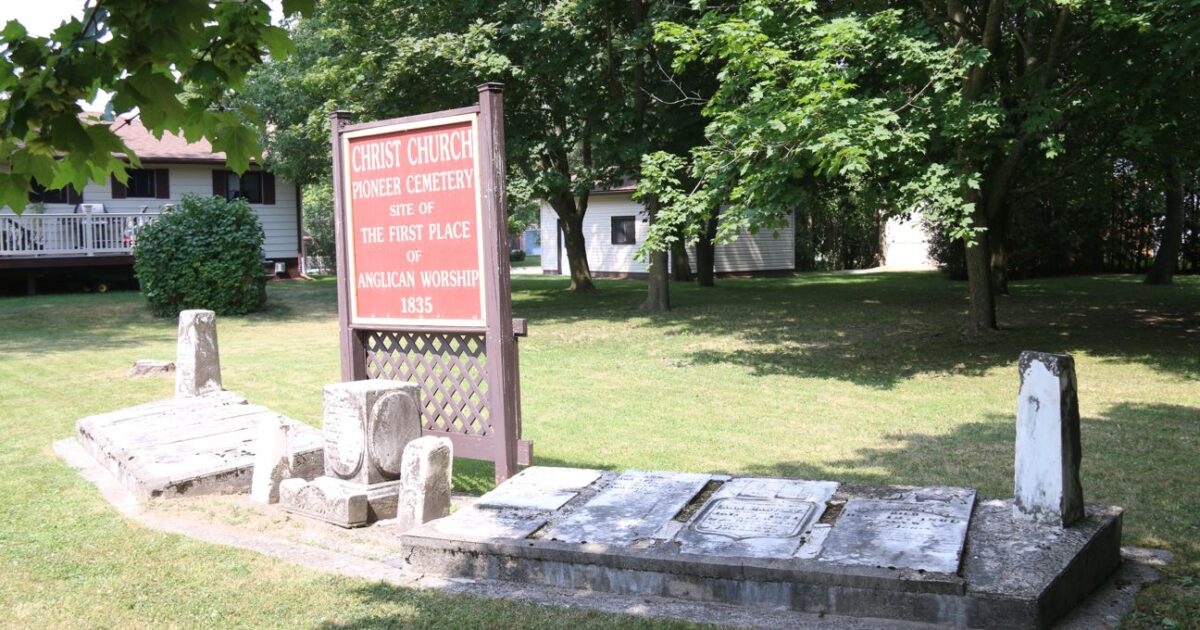