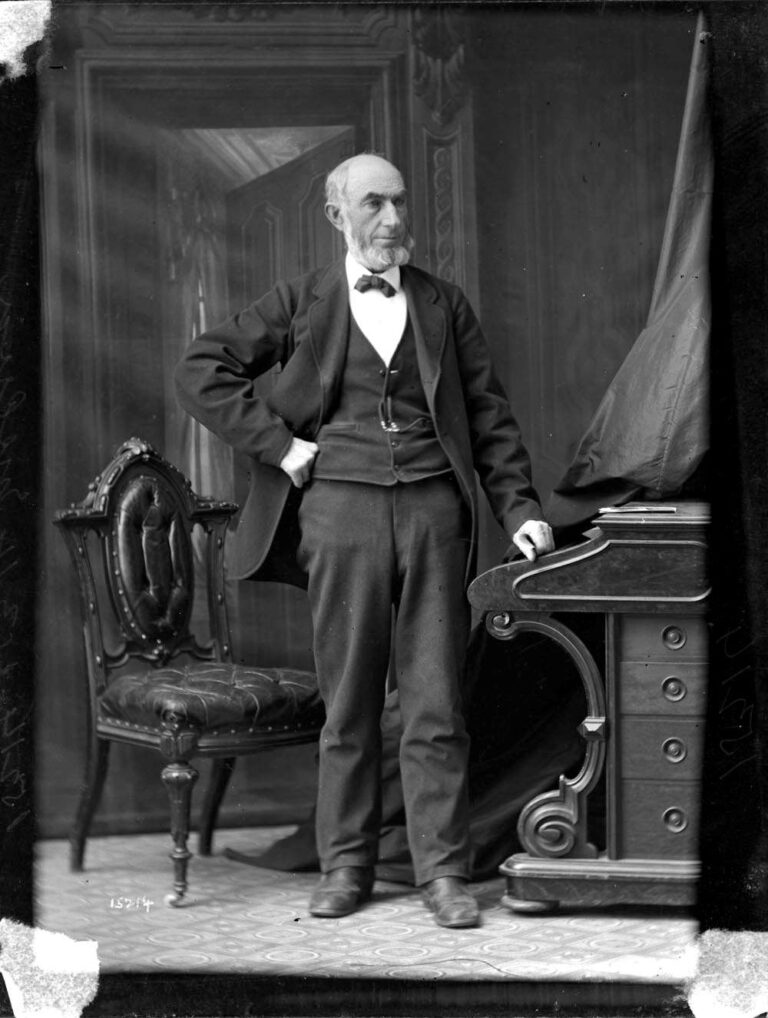 Walter studied law, but was not called to the bar until 1850. He then set up a practice in Chatham, Ontario and continued living there following the death of his wife Anne in 1850. Serving as captain in the local militia he was also mayor of the town in 1859.

Elizabeth Anne Burnham became the second wife of Walter McCrea in the early 1850s. She was born in 1816, a daughter of William Burnham and Rebecca Closson. Following their marriage, Elizabeth and Walter had a son, Walter Jr., born October 20, 1854 and a daughter, Eliza Ann born October 9, 1860.

Elected to the Legislative Council in 1862, Walter served until Confederation in 1868 at which time he was appointed to the first senate of Canada.

In 1871 Walter McCrea resigned from the Senate when he was appointed judge in the Algoma District. In 1873, his second wife, Elizabeth Anne, died at their Sault Ste. Marie home.  Two years later, Walter was married once again. His third wife was Jane Sutherland Cameron whom he wed on October 27, 1875. He was 64 years old and she was aged 31 years. Jane and Walter had a family of five children: Alexander born 1876; Broderick born 1877; Anna born 1879; Lucy born 1880 and Donald born in 1886.