Theodor August Heintzman founded his company in Toronto, Ontario. The business was incorporated in 1866. He was born in Berlin, 19 May 1817, emigrating from there in 1860. After a brief time in New York City, he moved to Toronto. The story is told that he began building pianos in his very own kitchen.

He opened a factory at 23 Duke Street but by May 1868 had relocated to 105 King Street West, in the city. Very shortly he was turning out more than 60 pianos a year. By 1873, the company had once again moved. This time Theodor relocated to 115-17 King Street West where he had enough room for his factory, offices and a show room. 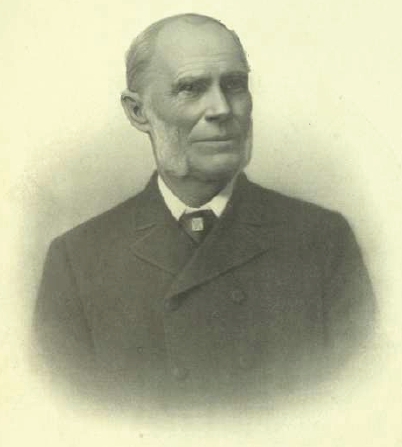 Theodore married Matilda Grumor in Prussia. Their first child was a daughter they named Anne. She was born about 1845 in Prussia. In 1861, their residence was in St. David’s Ward in Toronto. At home with their parents were: Anne, age 16 years; Herman age 9 years; Elenora, aged 6 years; William, age 4 years; Elizabeth aged 3 and George aged 1 year. In 1862, another daughter, Minnie was born. She was followed by one more child, a son named Charles, born in 1864. When the children grew of age, many of them married and began their own families. Some of the sons became involved with their father’s company.

Matilda Louisa (Grumor) Heintzman died in Toronto on 22 January 1890. She was 67 years old. Theodore Heintzman died at his home, 288 Annette Street, in Toronto  on 25 July 1899. The business was continued by family members until being sold in January 1981 to Sklar-Peppler Inc.