Heber Melvin Dobbin was born 9 April 1887 in North Monaghan Township, Ontario. His father, George Crawford Dobbin, was also born in the Township, on 27 December 1864. George married Elizabeth Ann Preston. She was born 8 August 1863 in Manvers Township, Victoria County, Ontario. With his wife, George farmed for nearly a decade before moving into Peterborough. George and Elizabeth (Preston) Dobbin had a family of six children. Heber was the eldest. The next three children in the family were also sons, William Ira born and died in 1888; George Milne born in 1889 and Hiram Preston, born in 1891. The youngest two children were daughters, Wilma Olive born in 1894 and Alma Ella, born in 1896.

George Crawford Dobbin died on 12 March 1917 in Peterborough. His remains were interred in Little Lake Cemetery. His wife, Elizabeth Ann (Preston) Dobbin, died at her Peterborough home on 31 March 1927. 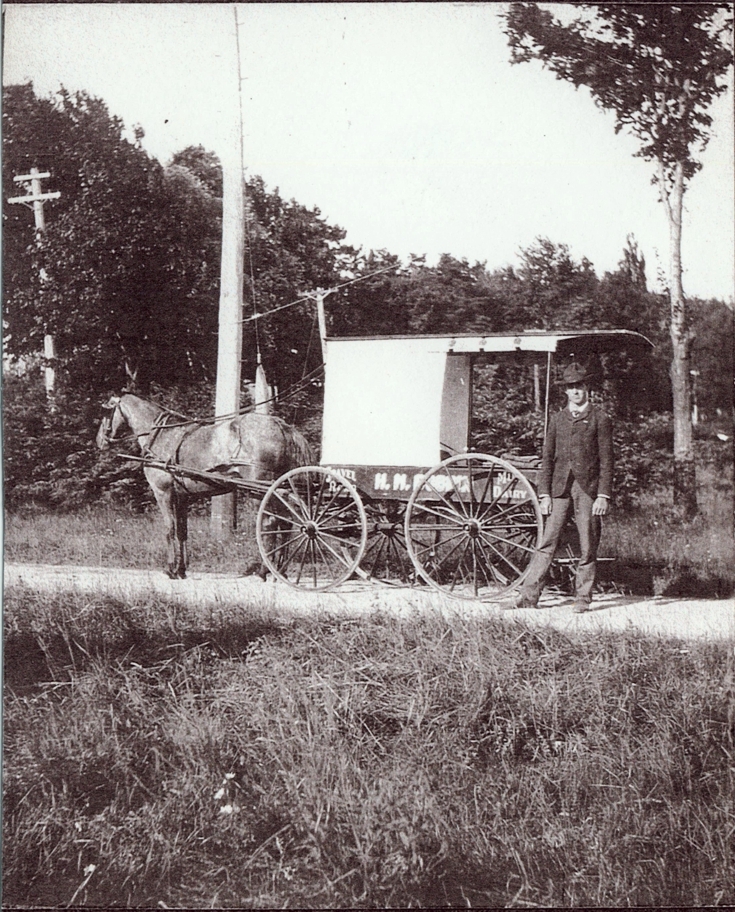 Heber Dobbin As A Young Man

In 1910, at the age of twenty-three years, Heber lived at 108 Gladstone Ave in Peterborough and from this address, worked as a dairyman. On 29 June 1910, that same year, Heber married in Toronto, Ontario. His bride was Mildred Maud Stinson, daughter of Samuel and Annie (Graham) Stinson. Mildred was living in Toronto at the time of her marriage.

The following year, 1911, Heber and Mildred were living at the Gladstone Avenue home in Peterborough. That year, Heber listed his occupation as milkman.

For the next couple of years, they continued to live at this address. Then in 1914, they moved to a home on Park Street south. It was located on the west side of the street at the corner of Braidwood Ave. Heber now became a farmer and gardener. In 1916, they returned to the Gladstone Avenue home and stayed there for one year. In 1917, he took up work as a grocer with a store at 279 Bethune Street. Here he continued in business for the next three years, while he and his wife continued to live on Gladstone Ave.

In 1920, Heber and Mildred lived at 108 Gladstone, but his occupation was not included in the city directory of that year. In 1920, they were not found living in town at all. They had moved to Port Hope and now resided on Smith Street. This is where they lived in 1921, with Heber working as a merchant in the small town. In 1913, a daughter was born to Heber and Mildred. They named her Anna May. Mildred Maud (Stinson) Dobbin died December 19, 1923. Her remains were brought home to Peterborough for interment in Little Lake Cemetery. Anna May was just ten years old the year her mother died. Her father, Heber Melvin Dobbin, lived until 1971.