Robert Walton was born in Upper Canada on 1 December 1823.  On 24 January 1846, in the Newcastle District, Robert was married the Bethany Lapp. Over the next six years, Robert and his wife, Bethany, lived in Peterborough with their four young children. Egerton, their oldest boy was born in 1847, Elizabeth was born in 1849. Ellen was born in 1851 and in 1852, Louisa was born. The latter year was a difficult one for Robert and the children. On 25 August 1852, Bethany (Lapp) Walton died. Her remains were interred in Little Lake Cemetery.

Before long, Robert, left with three little daughters and a seven-eight year old son, chose to remarry. His second wife was Lavina Ferris, born 22 June 1837, in the United States. 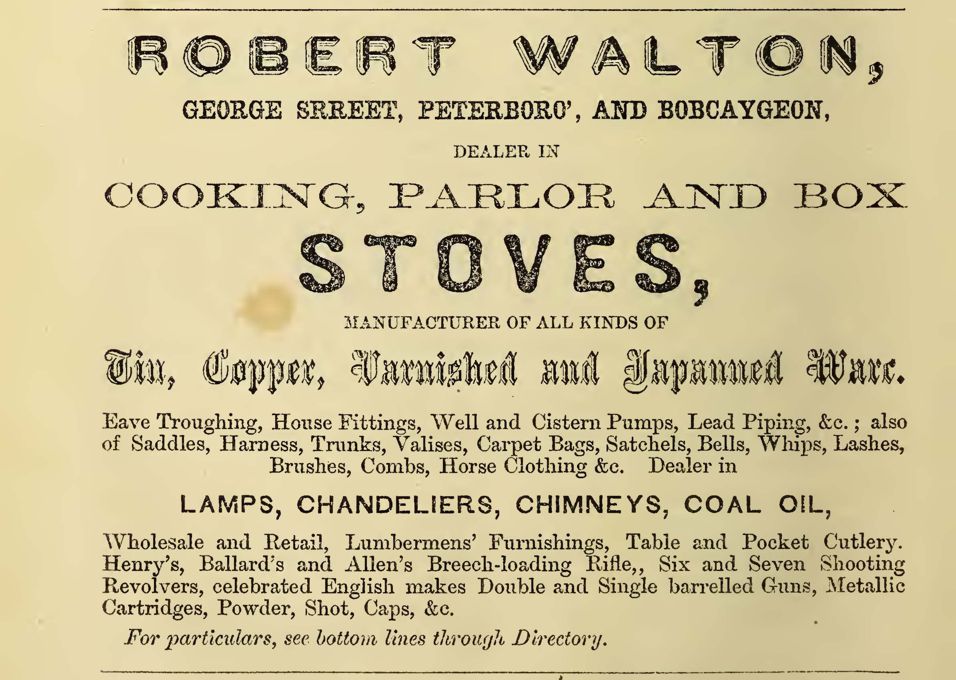 Robert Walton died at his Peterborough home in October 1904. His wife, Lavina (Ferris) Walton, died in Peterborough in February 1909. Their remains are interred in Little Lake Cemetery.