By the 1890s, the Mom & Pop style grocery and dry goods stores had taken hold in Peterborough. In 1899 there were almost eighty such stores located about town. They continued to flourish up until the 1920s. Thereafter the demographics begin to change. For a time, some of the established store owners began opening second and third small grocery stores, but by the early 1930s, all corner stores were down in numbers, there being some seventy plus shops still in existence. By 1949, roughly only sixty such stores in town. The presence of the corner store continued to decline until, in the 1960s, it can clearly be seen that the larger, chain style grocery stores had taken over the business.

Among the twenty five grocers listed in town in 1962 were A & P stores, Loblaw’s Groceterias and Steinbergs Limited. Locally, Farmboy and Brookside Markets also had a significant customer attraction.

Mom & Pop style grocery stores continued to fade from the local scene. Gradually, by the 1980s they had nearly all faded  away to be replaced by variety and convenience stores.

The Routly Grocery Store family of Peterborough, leads back through the village of Brooklin, Ontario and on to Devonshire, England. Thomas Routly, was born in Devonshire in January 1819. He married Sarah Manning who also had been born in Devonshire. Sarah and Thomas had a family of at least seven children, all born in England. The youngest, James, born in 1858, was barely a toddler when the family immigrated to Canada West.

In Whitby Township, Canada West, Thomas and Sarah farmed, assisted by their sons, John born 1846; Thomas born 1 October 1848; William born 1852 and James born in 1858. Their daughters, Mary born 1843; Sarah Jane born 1851 and Mariam born 1856, also did their part to assist in running the household. As well to them, befell the lighter farm chores.

Thomas Routly Jr., the second born son, married at Brooklin on 15 March 1873. His bride was Eliza Bond, a daughter of William Bond and his wife, the former Catherine Heard. Eliza was born 9 July 1854 in Bradworthy, Devonshire, England and had come to Canada West in 1862, when she was seven years old. Now Thomas and his young wife, settled onto their own farm in Whitby Township to raise a family of five sons and one daughter. Their sons were, William James, born 9 August 1873, Walton, born 20 February 1875,
Nelson, born  15 August 1876, Robert, born 19 December 1878 and Norman Thomas, born 22 October 1895. Their only daughter, Jessie, was born 30 March 1887.

Other Family Connections in Canada West

By the early 1890s, Nelson was grown to a young man. He knew that farming was not where he wanted to put his life energy and so headed off to the big town of Peterborough. In 1897, Nelson employed as a clerk, worked in the grocery store of Ralph C. Braund, located at 111 Park Street.

Two years later, in 1899, Nelson was self employed. He had his own grocery store, located at 392 Brock Street. Among those who worked for the Routly store in its first few years were Gussie Langford, Joseph Agnew, Maud Miller and Arthur Thomas.

The year 1902 marked a significant event in the life of Nelson Routly, for that year he married Elizabeth Jane Ward. Their wedding took place on 11 June 1902 in Durham County, Ontario. Elizabeth was born in England on 7 June 1879, and was a daughter of Charles Frederick Ward and Elmina Osborne.

The Diamond Bread Company began supplying local stores in 1903. Included among the stores supplied by the bread company were those of Ralph and John Braund; J. Mendell & Carlos S. Greene of Greene Brothers Grocery stores at 352 and 354 Charlotte, and, Nelson Routly’s store

In 1906, the first of Nelson and Elizabeth’s five daughters was born. She was named Lillian May Routly, by her parents. Another daughter, Mildred was born two years later, in 1908 and she was followed by Lenore in 1912. In 1915, Muriel Routly was born and then Helen Frances in 1917. The last child born to Nelson and Elizabeth was a son they named, Earl Nelson Routly, born in 1922. 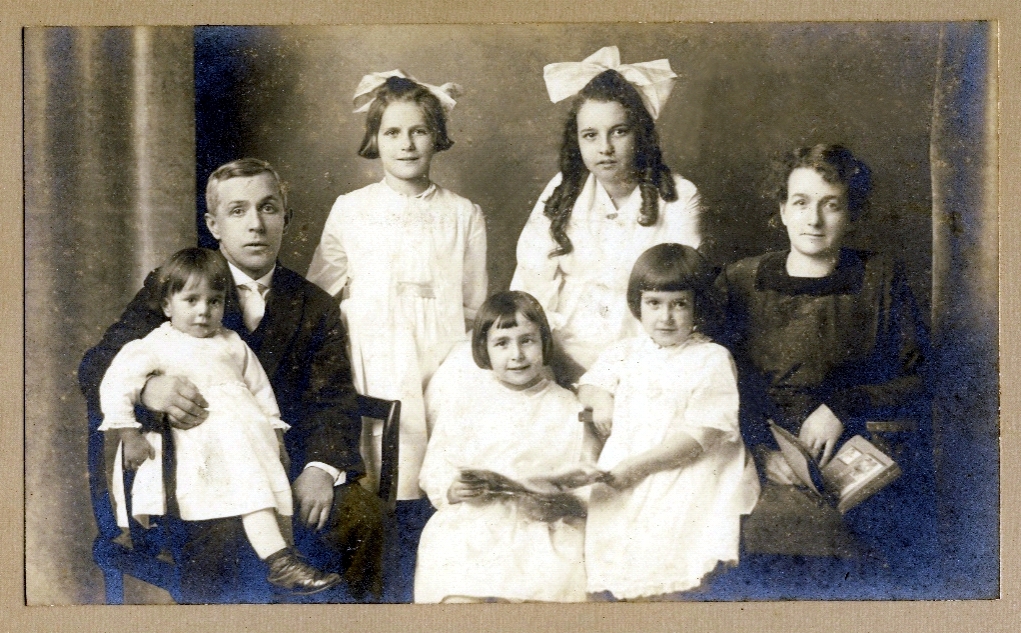 All of Nelson’s brothers eventually followed him to Peterborough. Robert Routly, was the second of the boys who  moved to Peterborough from the village of Brooklin, Ontario, where he had grown up. For a year, in 1901, Robert worked, as a clerk, for his brother and boarded at Nelson’s house, 392 Brock Street. In 1903, Robert worked for the Canada General Electric Company. Then in 1904, again following in his brother’s footsteps, Robert Routly started his own company. His business was a bakery located on the north east corner of Downie and Charlotte streets in Peterborough. His home was in a house at 357 King Street, a few blocks away.

A Wedding in Ashburnham Village

That same year, Robert married Ida Malinda Pearl Law, on 30 March 1904, at Peterborough. Ida was a daughter of  David Law and his wife, Elizabeth Ann Sigsworth, a family who had settled in Ashburnham as early as 1871.

Robert continued running his bakery for the next four years. Arthur Thomas, Douglas Baptie and Gilbert Harris were among the original employees who worked at Robert’s Bakery. In 1908, Robert employed Wesley Boorman and Noble White as bakers in his shop. The following year saw a major change in Robert’s life. He gave up the bakery business. His new position was manager of the City Footwear Company at 350 Charlotte Street. He remained with the store for the next nine years.

Three children were born to Robert and Ida. Their first was a son, Robert Gerald, born in 1909.

Robert continued as the manager of the City Shoe Shop until his death occurred unexpectedly, in 1918. Robert’s wife, Ida Malinda Pearl (Law) Routly, died on 9 August 1964. They are both interred in Little Lake Cemetery, Peterborough.

Walton Routly, another of the brothers, arrived in Peterborough by 1901. He worked at first, as a clerk for John Thomas Braund’s grocery store. In 1903, Walton was employed with the Canada General Electric Company and had his home at 280 McDonnell Street. From 1904 through 1906 he again worked for John T. Braund. Then in 1907, Walton began working for his older brother, William James, who had a store at 168 Charlotte Street. Walton moved often, not staying much longer than one year at any of the places where he  resided. He variously made his home on Smith Street, Edinburgh, Paterson, Dalhousie and Bethune streets during the years he clerked in his brother’s store.

In 1915, Walton opened his own grocery store at 226 Lake Street, in the south end of town. For the next five years, he ran this corner store, before permanently closing in 1920. In 1921, it was the private home of Harry Corrin who worked for Perkins Insurance Company.

Moving On From Peterborough

In 1921, Walton lived at 6 Aylmer Street, which was actually the rear half of the same house from which he had run the store. The back portion of the house had an entrance facing onto Aylmer Street. Walton lived here until 1924, during these years, working once again for his brother, Nelson Routly.

During his last couple of years in Peterborough, Walton’s home was at 369 Edinburgh Street. A two story brick home, situated at the closed off end of Edinburgh, it afforded residents a quiet residential part of town in which to reside, in spite of running parallel to the heavier traveled Parkhill Road.

William, the eldest of the children of Thomas and Eliza (Bond) Routly of Whitby Township, was the next son to leave home. He came to Peterborough in 1904. For a couple of years he took employment with the Peterboro Cordate & Manufacturing Company and during this time boarded at his brother, Nelson’s place, 392 Brock Street.

Three years later, in 1907, William opened his own grocery store at 168 Charlotte Street. He fashioned his store with a focus on groceries, fruits and confections. Within a couple of years, he obtained an apartment in the same building as the shop.

At current day, the pub, McThirsty’s Pint has the address at 166 Charlotte Street, which takes in the original 166-168 location of William’s shop.

On 22 March 1910, William married Mabel May Brandon, daughter of Henry and Mary (Irvine) Brandon. The wedding took place in the village of Cannington, Ontario.  A daughter Evelyn Marie was born to them in 1911, a son, Carlos, in 1913 and another daughter, Dorothy May, was born in 1914.

William and Mable’s home remained at 168 ½ Charlotte Street until 1924. That year, William retired from the grocery business at the age of 51 years. For the next seven years, he was the caretaker for Charlbond Apartments, located on the north side of the road at 190 Charlotte Street. He and Mable had their own apartment in the building.

William James Routly died on 5 January 1931, at his home in Peterborough. His wife, Mabel May (Brandon) Routly, died on 8 March 1950. They are buried in Little Lake Cemetery, Peterborough. Of their children, Evelyn Marie married George A. Cunningham. George died in July 1990 and Evelyn in September 2000.

Dorothy May, married George Henry Head. Carlos worked for the General Electric Company in town in the early 1930s but then moved away from the area.

Norman Thomas was the youngest of the sons of Thomas and Eliza (Bond) Routly, of Whitby Township. Born in Brooklin, Ontario in 1895, he was still living at home when the census of 1911 was completed. The following year, he lived in Peterborough and worked as a clerk in his brother Nelson’s store.

Five years later, in 1917, Norman T. Routly enlisted in the military to serve in WWI. He would be away from Peterborough until 1922. That year, when Norman returned, he began working again for his brother, now as a salesman. Near the close of that year, Norman was married. His bride was Irene Mary Taylor, born 26 November 1895 in the village of Ashburnham. Her parents were John and Laura Anne (Stott) Taylor.

Norman settled into steady work at the Brock Street grocery store. He was employed as a clerk in the store for the next ten years. Around 1931, Norman began running the store, alongside his brother Nelson. From 1932 until 1952, the store was operated by Norman while his brother, Nelson, began taking on the less stressful role of being a clerk.

In 1934, Norman and Irene moved to their own house at 593 Walnut Street. A large two story red brick home on the corner of Monaghan Road and Walnut Street, their family had room to live comfortably in this large house. It is believed the children born to Norman and Irene were Lloyd Elwood,  Norma J., and E. Wayne.

Lloyd served in the Air Force during WWII. In 1946, he began working as a clerk at the Brock Street, Routly Grocery store. That same year, 1946, he married Barbara Frances Bothwell and they made their home in an apartment at 709 Water Street. In 1947, he had a year’s training in the position of assistant manager and then continued on for another five years as a store clerk. Barbara and Lloyd moved to a house at 583 Reid Street in 1949 and again relocated to 1515 Fairmount Blvd., in 1956. Thirteen years later they purchased another home and moved into 324 Cottonwood Drive in the city’s west end. 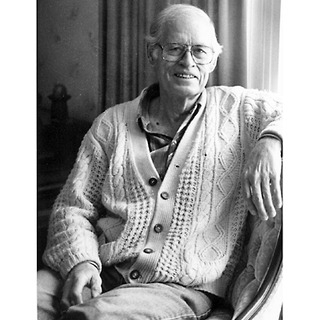 Store Passes to A New Generation

In 1953, Lloyd Routly became the full time manager of the Routly Brock Street store. He became the proprietor some years later. The little grocery store continued under his ownership until it was closed in 1980. The building at 392 Brock Street, which housed both the store and a number of apartment units, was torn down. In its’ place was built a small cinder block, one story shop that most recently has been the location of a wine making business.

With the retirement of Lloyd Routly, came the end of an era of Routly brother stores in Peterborough. It had all started in 1897 and continued for almost one hundred years.