When Hastings Village Was Young 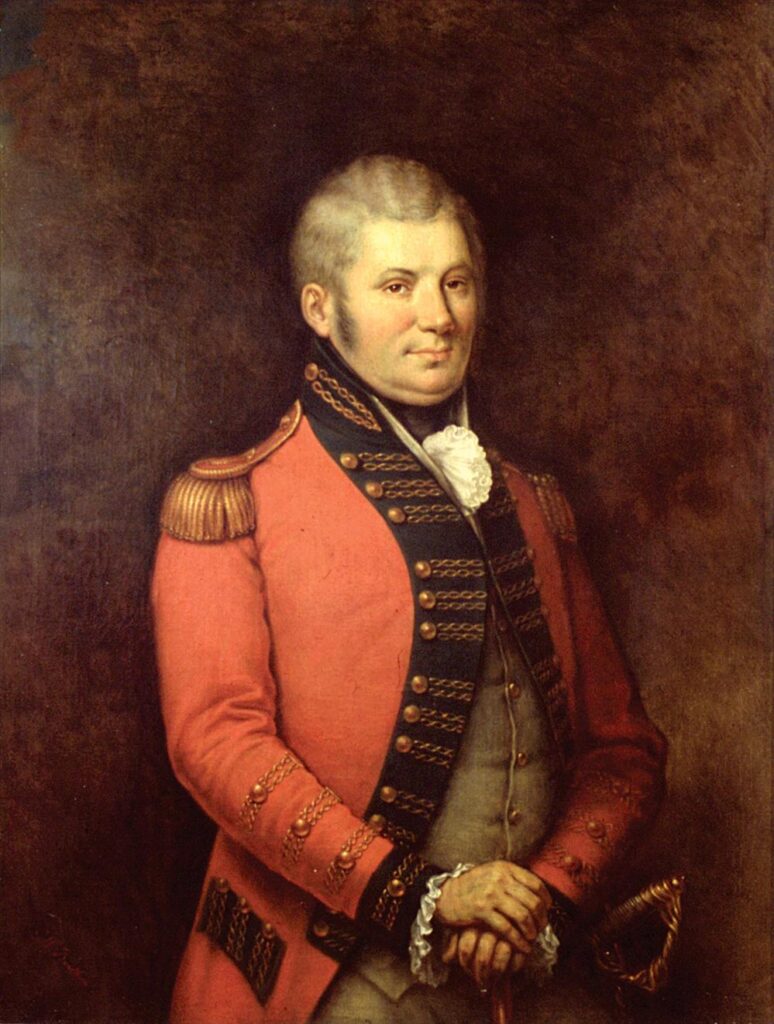 In 1792, John Graves Simcoe formed the first parliament at Newark in the Niagara District. One of the largest tasks facing him was opening up the interior area of Upper Canada for settlement. He recognized how essential the rivers and waterways were as sources of power. The power of fast flowing water was key to turning waterwheels for grist and sawmills.

In line with his thinking and planning for growth in this land, Simcoe passed a resolution requiring waterwheels and grist mills to be built on many rivers throughout the country. Free land was granted to those who would develop a mill site and operate it in meeting the needs of the colonists.

In the back woods of Upper Canada there flowed a river, one of the largest and one that was amply suited to creating power. Beginning at the east end of Rice Lake, it flows many miles wending it way southward until its waters empty out into Lake Ontario. It would be called the Trent.

Some few miles down river from where the Trent emerges from Rice Lake, there is a point of narrowing. Here the waters tumble over underlying rocks and roil into rapids before the river once again widens to allow a calmer flow. This was the spot chosen by the Honorable James Crooks, a friend of Governor Simcoe’s, as a place to settle, a place to build a mill.

James Crooks was born 15 April 1778 in Kilmarnock, Scotland a son of William Crooks and Margaret Ramsay.  He had two brothers, William and Francis. Francis earned the distinguished honour of building the first boat to sail the Welland Canal to Lake Ontario.

In his younger years, James Crooks enlisted to serve as a soldier. He eventually achieved the rank of Captain. James served in the War of 1812 under Sir Isaac Brock and was present when that great leader met his death at the Battle of Queenston Heights. He was one of the pall bearers at Brock’s funeral and assisted in the building of the monument to honour the fallen military leader. The year 1813 saw James Crooks being held as a prisoner at Burlington, Vermont. 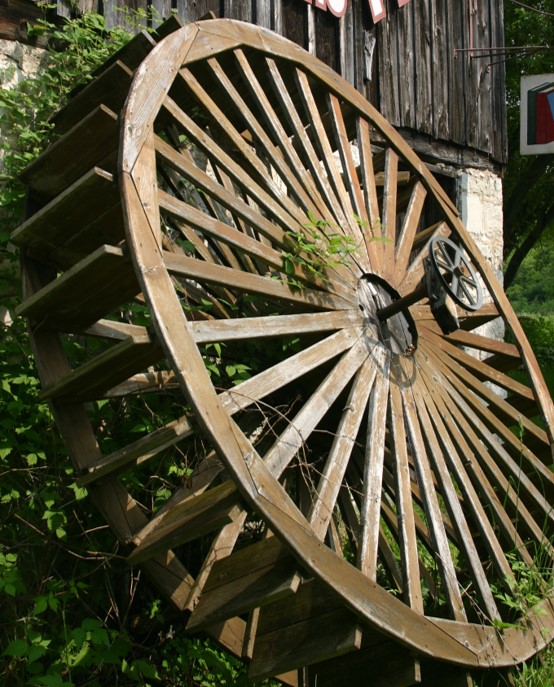 After the war, James discovered that his home at Crookston in the Niagara District, had been destroyed by U.S. Forces. So he chose instead to settle in Flamborough Township at a place now known as the town of Dundas. There James built and operated a paper and grist mill. The first paper produced in Upper Canada was manufactured at his mill. Before the decade of the 1820s was over, James had relocated to Asphodel Township.

There in 1829, he erected a small grist mill. For Simcoe, the development of a mill site on the Trent River was a realization of his proposal to the first parliament – that plentiful waters of the lands many rivers be harnessed to work for the people.

It was a humble beginning, this mill on the north bank of the River Trent. It became part of the early growth of a village first known as Crooks’ Rapids. In future years, it would become known as Hastings.

James Crooks was given the Mill land bordering the Trent River on its north side. The mill site on the north bank of the river was in Asphodel Township, at Concession 8, Lot 4 and it was granted by the Crown to James Crook
4 February 1840.

On the south side of the river, the land was in Percy Township, at Concession 12, Lots 13 and 14.  James purchased Lot 13 from William Hall on 9 April 1810. He also bought Lot 14 Concession 12 from William Hall on the same date. On his property in Asphodel Township, James Crooks put up the first building on the river, a mill constructed of logs. Some six years later, in 1835, he rebuilt the mill, for its original construction was not substantial. That same year, James built a home on his land on the south side of the river. It was located on the same site where years later, the Clarendon Hotel would reside on Front Street. 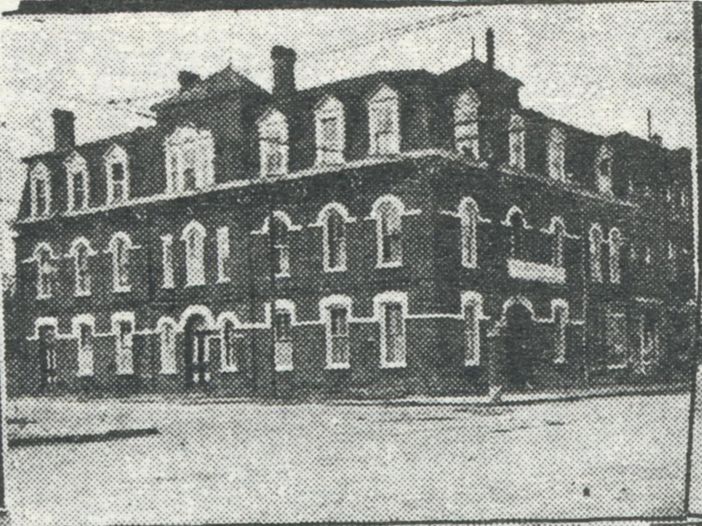 For the next several years, James Crooks owned and operated his mill. In 1841, he was appointed to the Legislative Council of Upper Canada. James married and had a family. One son died at a young age, a sad fatality that led James to a decision to end his business activities. His daughter, Jane, lived in Cobourg where she became the wife of Reverend A. Bethune, rector of St. Peter’s Anglican Church.

Then on 21 October 1851, James sold the mill to Henry Fowlds and his sons. James died 2 March 1860, at his home in Crooks Hollow, Flamborough Township another village he had started.

While to James Crooks goes the credit for founding the village of Hastings, it is Henry Fowlds who earned the honour of promoting the growth of the new community. 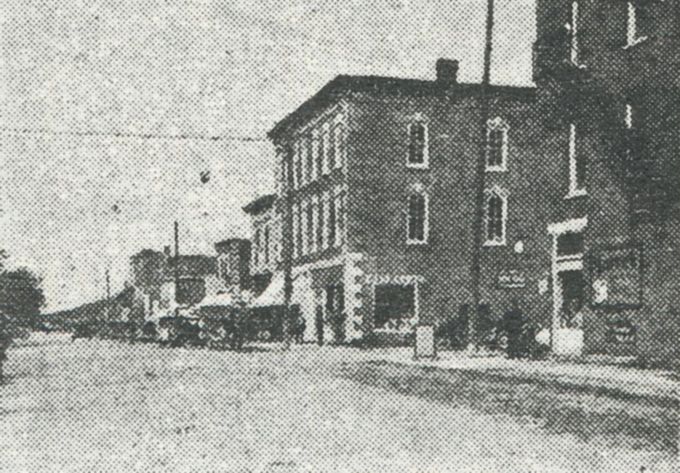 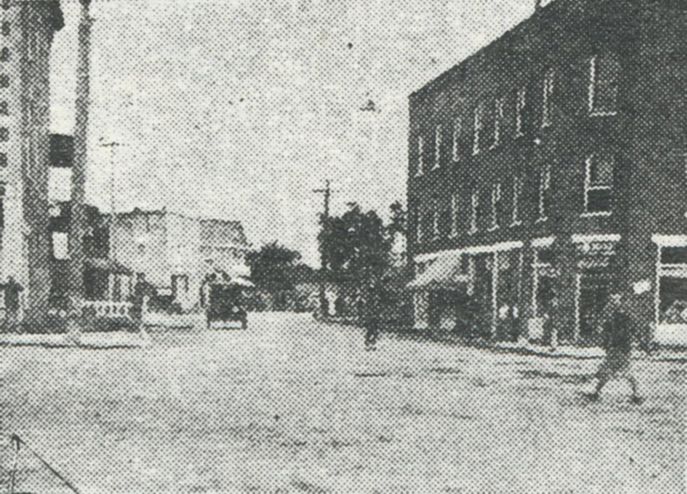 Already established as pioneers by 1851, Henry Fowlds and his family had been greatly involved in the establishment of the hamlet of Westwood. Henry was born in Scotland in 1788. His parents having died when Henry was but a child, he was raised by a Presbyterian Minister who had been a friend of the family. 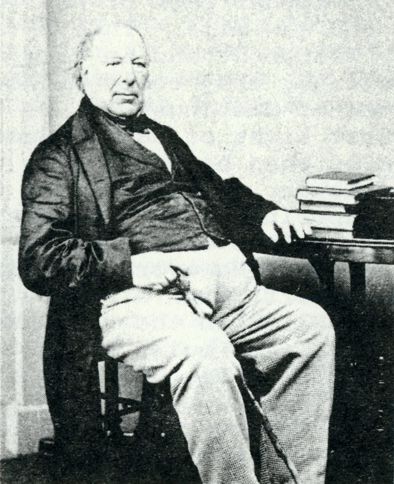 As a grown man, Henry left Scotland with his wife and young family, seeking a different life in the new land of America. They landed at New York in 1821, staying there for a number of years. In 1835, they left the United States coming to Upper Canada and settling at Marmora. Not long thereafter, Henry became involved in the lumber trade and moved once more, now to Asphodel Township where he and his sons helped build the village of Westwood.

Henry recognized the opportunities for progress available at Crooks Rapids and so bought the mill there. He and his boys helped to build a number of homes in the hamlet and in 1852, its first store.

That same year, Henry Fowlds Jr. became the first Post Master, the postal office being located in the Fowlds store. The position of Post Master would remain in the Fowlds family for another 90 years. It was also Henry who changed the village name to Hastings in 1852, the year he purchased the local mill. 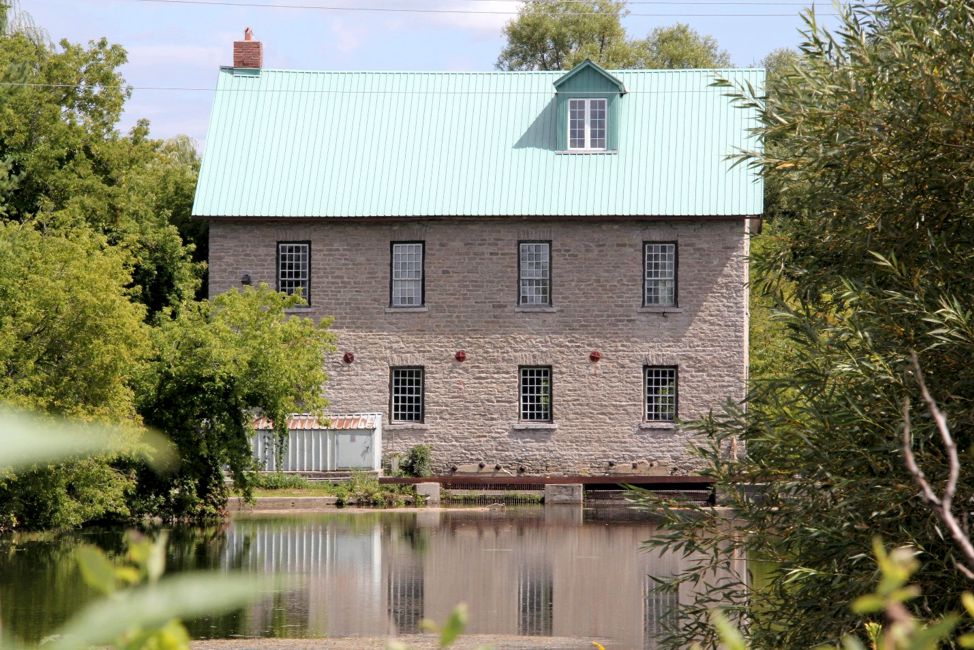