John Stewart, a son of James Stewart and Mary King, was born 8 Dec 1773, in Kilbarchan, Renfrewshire, Scotland. He became a weaver by trade, but also served in the British Army under Wellington during the Peninsular war.

As a young man John married Jean Cunningham. She was born 17 August 1774 in Ayshire, Scotland. The young couple were wed on 4 October 1798 in Jean’s home community. To them were born eight children. Sometime after the birth of her youngest daughter, Margaret, in 1814, Jean (Cunningham) Stewart died about 1815 in Kilbarchan Parish in Renfrewshire, Scotland.

John married again, his second wife being Jean Spiers. For much of her lifetime, she was known as Jane. John and Jane married 14 February 1818. Seven children were born of this second marriage. Their second daughter, Agnes Jane was born 7 February 1820 in Renfrewshire, Scotland. By June of that same year, John and Jane with their large family of children, were ready to sail from Scotland for Upper Canada. They left from Greenock on board the Duchess of Richmond on 12 June 1820. 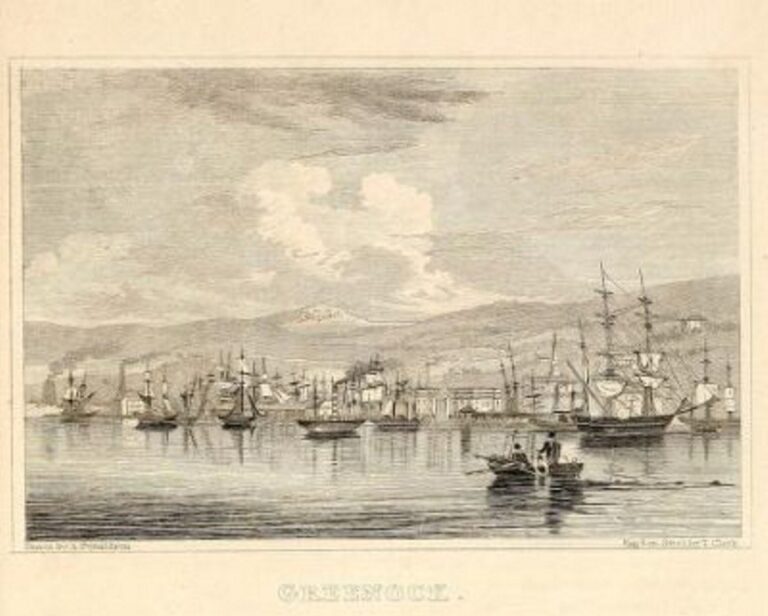 It would be the third day of August before the passengers saw land off Cape Breton Island. By 10 August they had reached Quebec and eleven days later arrived at Montreal. John went on ahead, traveling to Kingston, then Smith’s Creek and on up to Cavan Township. There he purchased a lot of land belonging to John Nichols before retracing his steps back to Montreal. Arriving back to his family on the evening of 15 September 1820.

On the 22nd of that same month, John and Jane with their children, left Montreal heading for their land in Cavan Township. They arrived at Kingston by Saturday 7 October 1820 and sailed on a lake schooner on the 10th October 1820. A fierce storm came up, driving the small vessel to within twenty miles of York (Toronto) before a change in the direction of the wind forced them back once more to Kingston two days later.

A few days later, on the 15th October 1820, the family set sail again, this time making a safe arrival at the head of the Bay of Quinte. From here a wagon was hired to take their luggage and the children as far as Smith’s Creek (Port Hope). The family reached there on 17 October 1820.

John went north into the township again, seeking his property in Cavan Township. There he discovered that the land was not to be his after all. Returning again to Smith’s Creek, John went to the courthouse in Hamilton Township on 25 October 1820 where he drew the east half of Lot 14 Concession 6 in Otonabee Township.

It was not until the middle of November that John and Jane, and their children, were at last settled into their own little shanty on the property in Otonabee Township. In his diary John wrote: “On the 15th, we got into our own hearth, thank God.”