Born in Plymouth, Devon, England, Sylvanus Mullett was a member of the Quaker faith. It was probably their membership in a non-conformist church that led the couple to depart their homeland. Religious beliefs other than the Church of England were not well accepted through England of the day.

Before 1851, Sylvanus and his wife, the former Elizabeth Prideaux, emigrated from their Devonshire home. Arriving in Canada West, they settled in Addington County, Canada West.

A son, Frederick, was born to them on 10 June 1844, in Addington County. Two years later, in 1846, another son, Joseph Prideaux Mullett was born. On 1 July 1851, their third son, Walter, was born. Anna Jane, daughter of Sylvanus and Elizabeth, was born 21 June 1853 in Fredericksburg, Ontario. A second daughter, Elizabeth Prideaux Mullett, was born 21 August 1856 in Madoc Township, Hastings County.

Sylvanus and Elizbeth resided in Madoc Township, Hastings County from the 1860s through the 1880s. Elizabeth (Prideaux) Mullett died at their home in Madoc Township in September 1882. The cause of her demise was consumption. Seven years later, in October 1889, Sylvanus Mullett also passed away. They rest in the Lakeview Cemetery at Madoc, Ontario.

LIfetimes of the Children

Frederick, son of Sylvanus and Elizabeth (Prideaux) Mullett, grew up in Addington County. On 28 December 1865, in Madoc Township, Fred married Jane A. Pringle. She was born 1846 in Bath, Ontario. In the 1860s and 1870s, they lived in Madoc Township. By 1881, Fred and Elizabeth had moved to Dungannon Township, Hastings County. Then before 1891, Fred and Elizabeth moved to Faraday Township and settled in the newly established village of Bancroft. Here they remained throughout the rest of their lifetime.

In October 1878, a daughter, Alice, was born to them. Two years later, in June 1880, a second daughter was born. She was named Elizabeth. Their third and final child was Edith, born in March 1891. 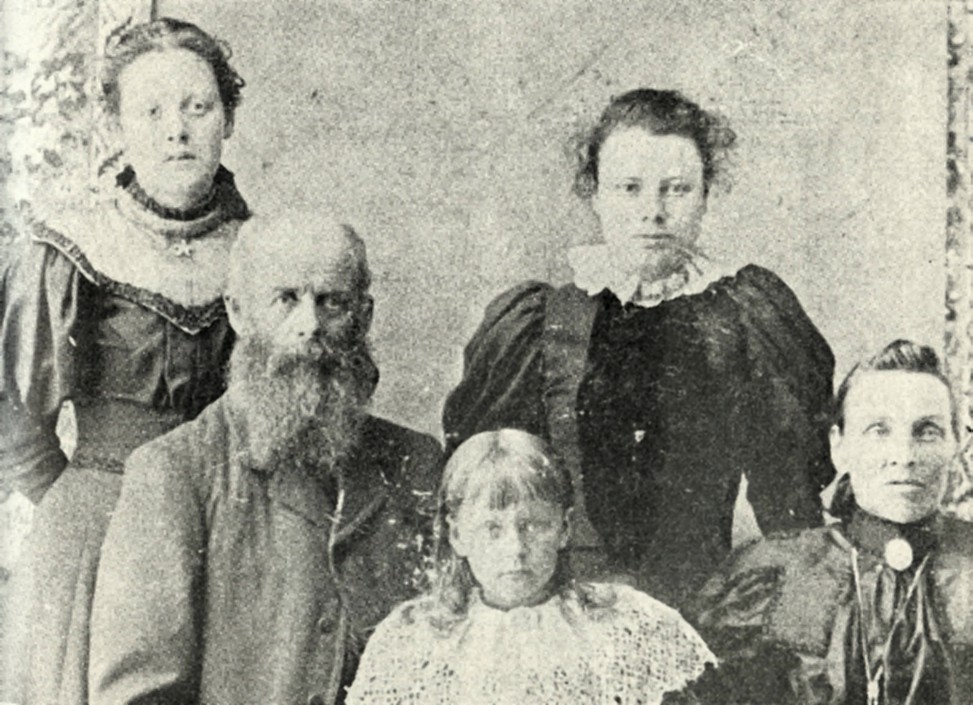 A photograph of the family of Fred and Jane Mullett appeared in the historical souvenir booklet, Bancroft and District Old Home Week, August 6, 7,8, 9 1961. Fred was a local merchant and the family was regarded as one of the pioneer families of the area.

The photograph was simply labelled Fred Mullett Family. Given the title for this picture and the fact that Jane Anne Mullett, wife of Fred, died in August 1898, this photograph was taken not long before her death.

In the back row are daughters, Alice and Elizabeth. In front, left is Fred, centre is Edith, and on the right is Jane (Pringle). Edith, born in 1891, appears to be six or seven years old, thus placing the taking of this photograph about the year 1897.

Frederick continued to reside in Bancroft until his own death on 20 November 1929. He and Jane rest in St. John’s Anglican Cemetery in Bancroft.

Joseph Prideaux, younger brother of Fred, and son of Sylvanus and Elizabeth (Prideaux) Mullett, was born in 1846 in South Fredericksburg Township. He married Amelia Sophia Carscallen, on 30 December 1874. Their wedding took place in Addington County. Amelia died during in the 1870s, Joseph died in June 1900. They rest in the Lakeview Protestant Cemetery at Madoc. 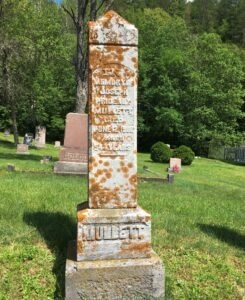 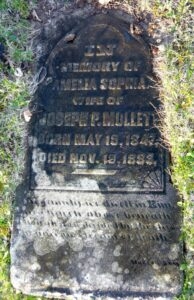 Walter, son of Sylvanus and Elizabeth (Prideaux) Mullett, was born 1 July 1851 in Ontario. Walter married and had a son John Robert. John was born in 1894 and died in 1912 of tuberculosis.

Anna Jane, daughter of Sylvanus and Elizabeth (Prideaux) Mullett, was born 21 June 1853 in Fredericksburg, Addington County. She never married and died 29 May 1932 at Bancroft. Her remains were interred in St. John’s Anglican Cemetery on 31 May 1932.

Elizabeth Prideaux, daughter of Sylvanus and Elizabeth (Prideaux) Mullett, was born 21 August 1856 in Madoc Township, Hastings County. She died in November 1882 in Madoc, Ontario, of consumption. Her remains were interred in the Lakeview Cemetery at Madoc.