From Welbeck To Toronto

Although the land at Lot 9 in Concession 3 of Asphodel Township would eventually be called Welbeck, it was first, on 29 March 1824, a grant to William Owston. A retired Royal Navy captain, he had been in service during the Peninsular Wars. Within a few years he sold up his Asphodel holdings to move elsewhere.

In 1829, combined with Lot 10, the two sections of land were leased to Thomas Walker.

Having come from the town of Cobourg in Northumberland County, Thomas was soon to be known as Squire Walker. His title was unusual since he did not own land.

In the small river that ran across these lots, Thomas saw the potential for a mill. Within a year, Walker’s Saw Mill was built and operating, using the waters of the Ouse River to turn the great wheel.

A grist mill  was soon built next to the saw mill. Before long, the site became known as Walker’s Mills. Thomas became a Justice of the Peace for the area as well as operating his mill for some years. 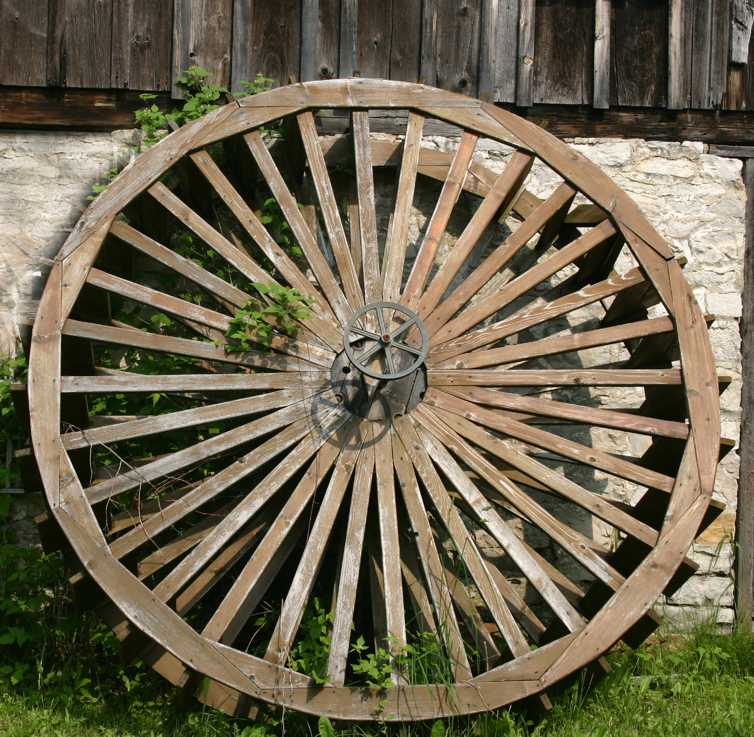 By 1858, there was a change of ownership at Walker’s Mills. Now it became the property of Robert Douglas Ewing. Robert, a son of James and Jane (Wilson) Ewing, had been born 2 March 1828 in Galston, Ayrshire, Scotland. James Ewing died at Galston in 1854. Shortly thereafter his widow, Jane, took passage to Canada West with her five sons and four daughters. It was her eldest son, Robert, who bought the land belonging to Thomas Walker.

Welbeck was the name given to the Ewing family home on Lots 9 and 10 on Concession 3 in Asphodel Township. It was situated seven miles west of Norwood and four miles distant from Birdsall’s Landing, the latter being located on Rice Lake.

To Walker’s Mills, later known as Welbeck, goes the credit for having the second saw mill in the area. However, its location being just one mile east of the community of Westwood, the little settlement at Welbeck would never become established as a village.

Robert Douglas Ewing was destined to become the husband of Elizabeth Melville Milne at Cobourg on 16 February 1860. Elizabeth was born in that town about 1837, a daughter of Andrew Milne and Margaret Coutts. With his new bride, Robert settled into married life at his family home in Asphodel Township. For a time in the mid 1860s, he ran a photography store in the growing town of Peterborough. 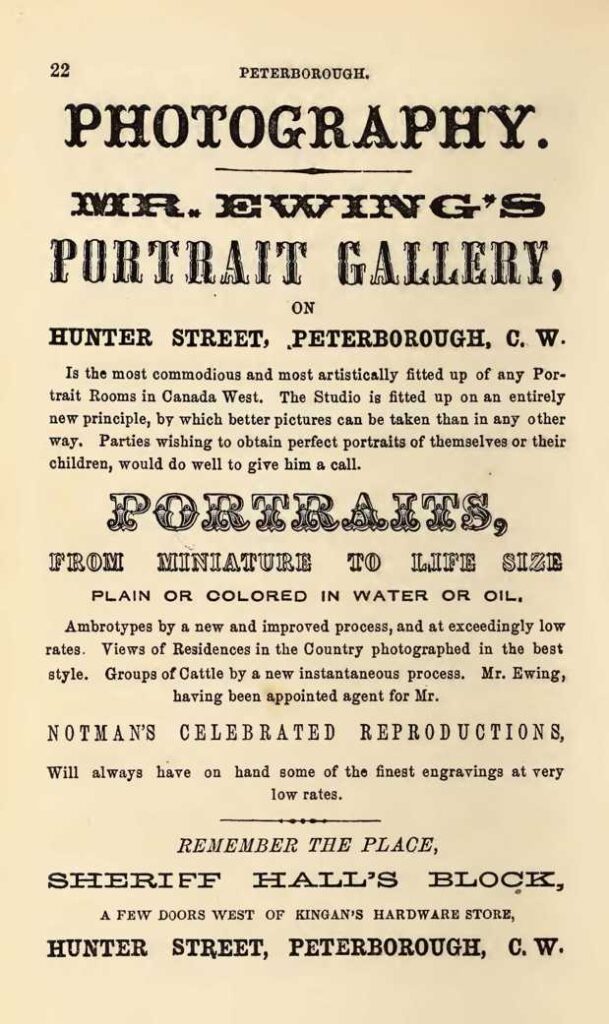 Before the decade of the 1860s was over, the Ewing family chose to sell their mill property and move to Toronto. The mill at Welbeck was taken over by Squire Brackenridge and operated by him along with two of his sons.  Mrs. Jane Thompson, a  daughter of Squire Brackenridge worked in the mill as a young woman.

In Toronto, Robert and Elizabeth established their home in the area of the city known as St. Patrick`s Ward. It ran from Bloor Street southward to Dundas Street on the west side of Dover Court Road. Jane (Wilson) Ewing set up a home with her daughters, Isabella and Jane, in St. David’s Ward, another area of the city.

For a year or two Robert had a shop from which he did photography. By the mid 1870s, he chose instead to become a supplier of photographic materials. Thereafter, for the next fifteen or more years, his shop carried art, furniture, art cabinet work and mouldings. Robert died in November 1893. His remains were interred in Necropolis Cemetery, Toronto. 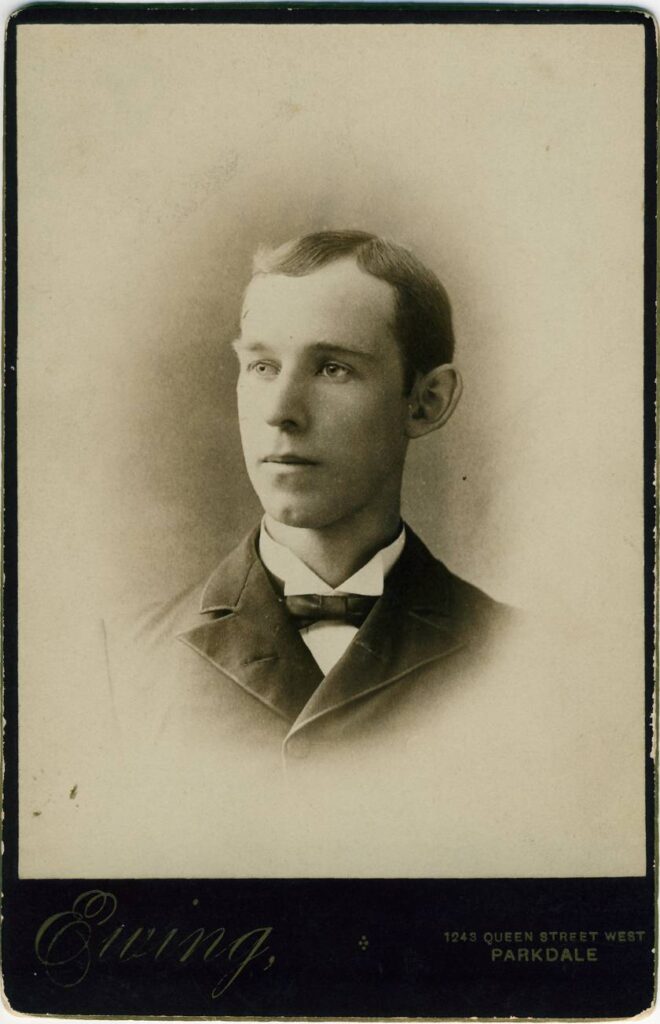 Another Photographer in the Family

William Baird Ewing, brother of Robert, also became a photographer. He married Mary Somerville on Christmas day in 1866. They resided in Toronto in St. Jame’s Ward during the early 1870s. Their children included Nannie, Ralph, Somerville (a son), Jennie, Louise and Mabel. In addition to his work as a photographer, William became manager of a picture frame shop. It was possibly a store owned by his brother, Robert.

Later on, William worked as an advertising agent in addition to his continued work as a photographer. He died in Toronto in 1917. His wife, Mary (Somerville) Ewing, died in 1918. They rest in Prospect Cemetery in Toronto.