Thomas Benson was born in Ireland 16 March 1807. His wife, Jane, was also born in Ireland, 14 June 1807. Thomas and Jane were married in Ireland, for they did not come to Upper Canada until 1832. Their first two sons, Richard, born 24 August 1828 and Thomas, born 14 February 1831, were born in Ireland before the family immigrated.

A Home in Cavan Township

After arriving here, Thomas and Jane settled in Cavan Township, Durham County for a few years. Here another son, Andrew, was born 28 August 1833 and baptized by the Reverend Samuel Armour on 15 September of that same year. The family was still residing in Cavan Township in 1835, when on 7 March their fourth son, Robert, was born. He was baptized by the Reverend Joseph Thompson on 16 March 1836. Greg, the fifth son in the family, was born 7 August 1838 and baptized by Reverend Samuel Armour on 17 March 1840.

By 1840, the family had moved. When William was born, he being the sixth son of Thomas and Jane, they had already moved from Cavan to Concession 5 Lot 12 in Manvers Township. In 1843, the first of the Benson’s two daughters was born. Jane’s birth date was 10 Mary 1843. A few years later, on 14 February 1846, Frances Benson was born. The last child born to Thomas and Jane, was another son, David, born 10 August 1848. He was their ninth child.

Thomas and Jane were members of the church at Lifford, Manvers Township. It was a small community a couple of miles north of their homestead. 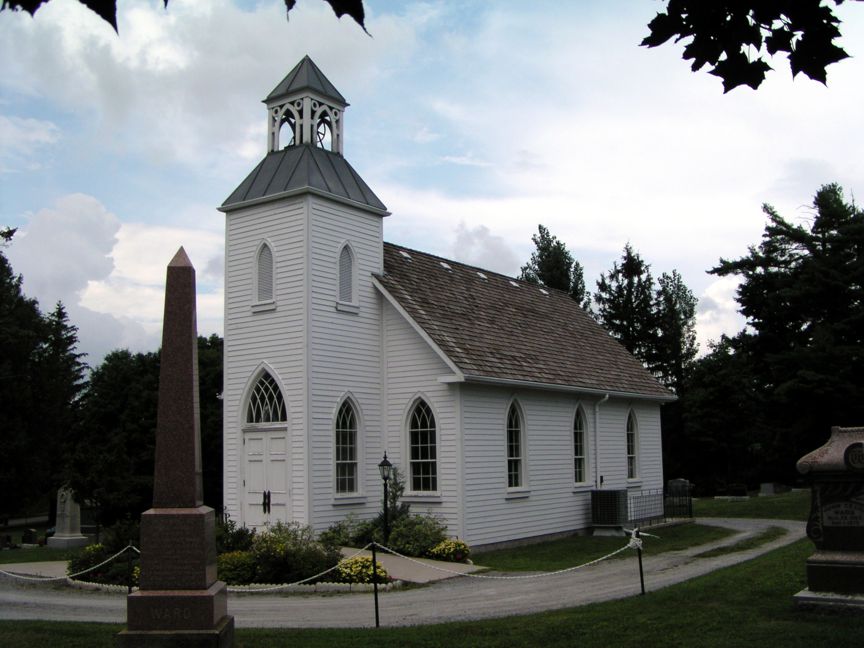 Thomas and Jane Benson continued to live in Manvers Township throughout their lifetime. Jane died at their home on 4 June 1896. Thomas died 18 May 1903. Their remains rest in the cemetery surrounding the church that had so long been a part of their lives. 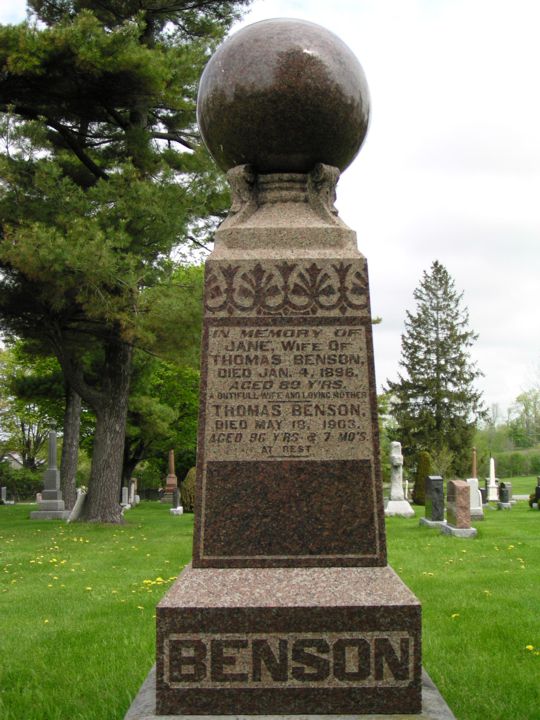