James Sweetman, born in Ireland in 1831, came to Upper Canada in 1833. He was a mere toddler but two years old. James’ parents settled in Clarke Township, Durham County and there they stayed for some years. Younger brothers, Thomas and Nicholas were born in that township.

From Clarke Township to Sidney Township

By 1851, James, now a young man of 22 years, was living in Sidney Township where he worked as a carpenter. With him were his widowed mother, Mary, age 48 years and younger brothers, Thomas age 15 and Nicholas age 12. 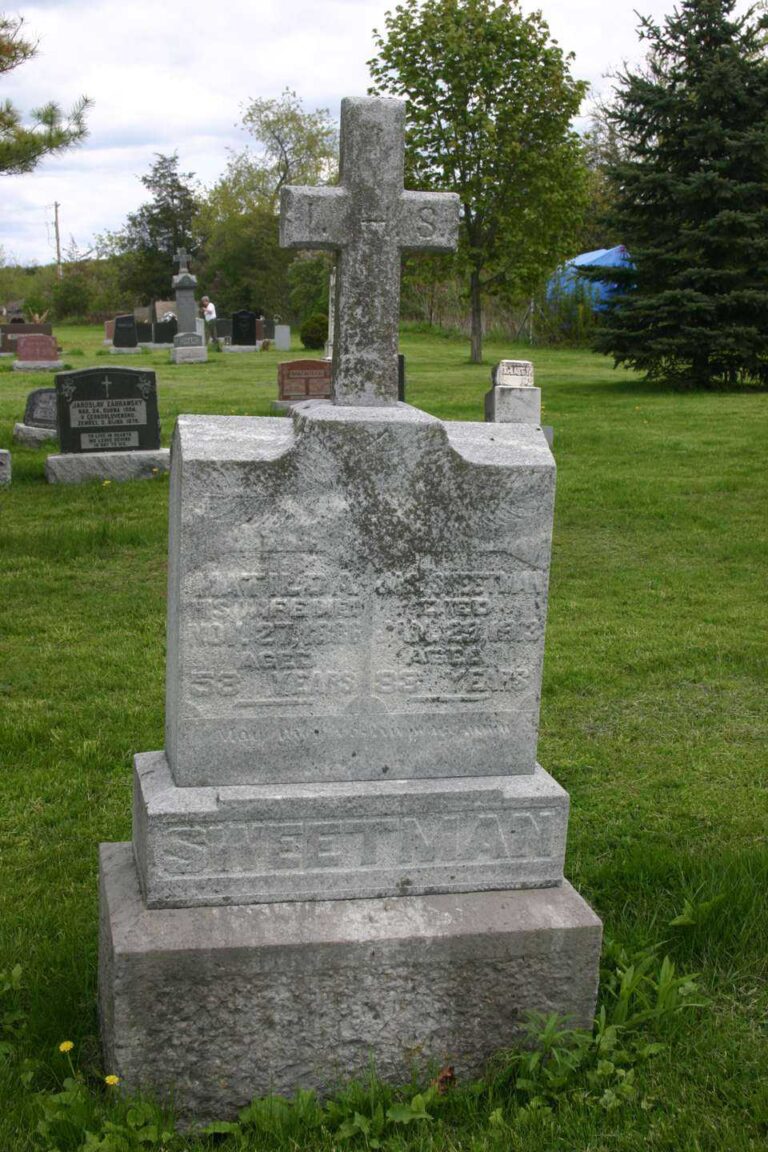 On their headstone is inscribed:

A Home in the Village

In 1869, James and Matilda were recorded as living in the village of Frankford, Ontario. Here they would remain for more than a decade. Matilda died from consumption, on   27 November 1886 in Frankford. Her remains were laid to rest in the Catholic Cemetery in the village. James continued to reside in Frankford for many more years. He was still recorded as a resident of the village in 1911. He died in Cobourg on 25 February 1915, from pneumonia. His remains were returned to Frankford for interment next to his wife.