Born in Preston, Lancashire, England on 16 January 1874, Robert Service was the third of a family of ten children. His early years were spent in part with his parents and during a time of formal education, with his grandfather in Kilwinning. At the age of nine years, he returned to live with his parents who then resided in Glasgow, Scotland. There, Robert completed his education, attending Hillhead High School. After leaving school behind, he began working for the Commercial Band of Scotland. Already he was writing and selling his verses of poetry.

From Scotland to Canada

Robert Service arrived in Vancouver, British Columbia in 1895. With dreams of becoming a cowboy, Service arrived complete with a Buffalo Bill outfit. Working as a store clerk in 1899 in Cowich Bay, B.C., the first of his poems to be published in Canada, appeared in the local paper, the Colonist.

Moving Into the North

In 1904 he moved to the frontier town of Whitehorse on the Yukon River. He became active in the social community of the town and met E. J. White, editor of the Whitehorse Star newspaper. White suggested that Service might write a poem for the local paper. It was not long after, that Robert Service did compose The Shooting of Dan McGrew.

A few weeks later, Service heard of a gold rush yarn from a Dawson mining man. This tale led to the writing of The Cremation of Sam McGee. He continued writing and building a collection of his works which in 1907 were published in his first book, Songs of a Sourdough. Service would go on to write and publish many more verses. His second book, Ballads of a Cheechako was printed in 1908. 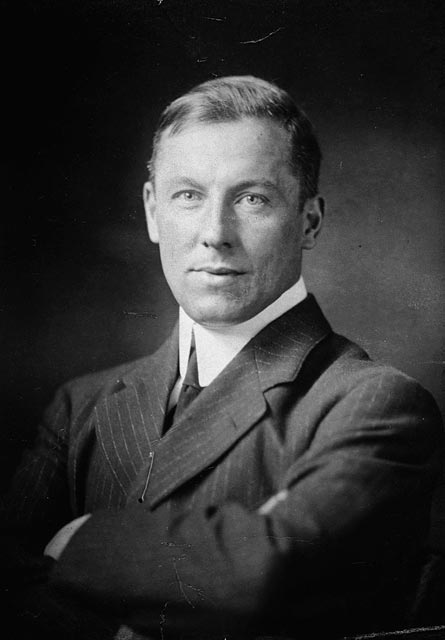 After his time in the Yukon, Service worked as a correspondent for the Toronto Star newspaper from 1912 to 1913.  In the latter year he moved to Paris where he then stayed for fifteen years. During his time there, Robert Service married Germaine Bourgoin. In the 1920s he began writing novels, some of which were later made into silent movies.

During the 1930s Service traveled and continued his writings. In 1942 he played himself in the movie The Spoilers, acting alongside such recognized names as Marlene Dietrich, John Wayne and Randolph Scott.

Service narrowly escaped from France ahead of the German invasion of the Ardennes and the Low countries. He then spent the Second World War living in California. After the war, he and his wife returned to their home in Brittany only to find it destroyed. They rebuilt and continued to live their the remainder of their lives. Robert Service died at his home in the spring of 1958.