Maurice Raymond Paige was born in the town of Coaticook, Quebec on 3 March 1915. He was a child of the second marriage of George Paige. The first wife of George was Emma. Of this marriage were two children, Waldo born in 1899 and Ralph born in 1901. George secondly married Quebec born, Ellen Allard. They had several children, including Emerson born in 1905, Bruce born in 1914; Maurice born in 1915; Nelson; Geraldine born in 1918 and Mary Ellen born in 1921.

At the age of 18 years, Maurice left Quebec to travel to British Columbia. Six years later, he moved to Toronto, Ontario. There on 29 December 1939, George married Dorothy Tennyson Fish. During the war years, Maurice traveled back and forth across the country, working for both the Navy and Air Force. In post war years, the family moved to Orillia, Ontario, where he had employment as a carpenter.

Taking early retirement in 1965, Maurice and Dorothy moved to Deer Bay Marina which he had started to build two years before. In 1969 the Marina was sold and they moved to the Lakefield area. Maurice passed away on 16 December 1996 in Lakefield. His wife, Dorothy (Fish) Paige, died in December, 1999. They are interred in Hillside Cemetery at Lakefield, Ontario. 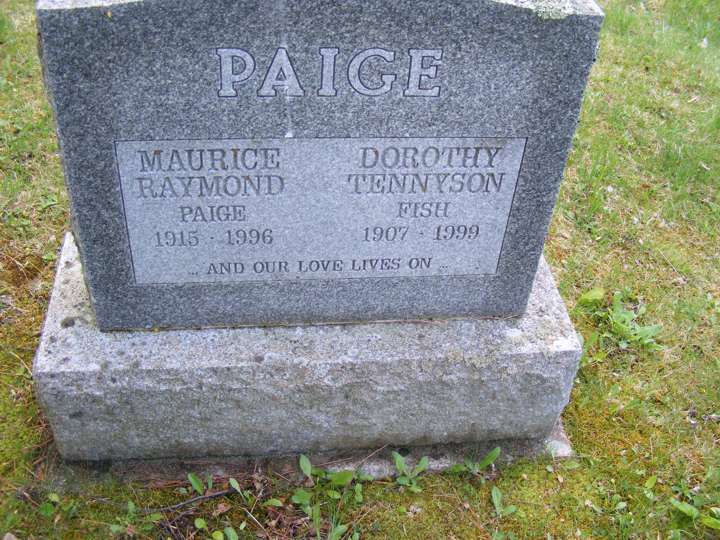