A Beatty Family in Cobourg

In the opening years of the 1800s, Elijah Buck settled in what was to become the town of Cobourg. Beginning with his arrival in 1808, Elijah acquired considerable property in the area. A settlement was established and for a time it became known as Buckville. The young community was renamed Cobourg in 1819.

By 1831, Elijah was selling his properties including a Tavern, his three storey house, a lot on which was built a stable and also 20 village lots. Elijah Buck died in Cobourg on 17 December 1842. His remains were interred in St. Peter’s Cemetery, Cobourg.

That same year of 1831, when Elijah was selling his lands, Rev. John Beatty came to live in Cobourg. Born in County Tyrone, Ireland, John had married Sarah Sproule about 1805. They moved to the United States where a number of children were born. John and Sarah moved to the Toronto area by 1825. They did not remain in that town, but returned to Cobourg. 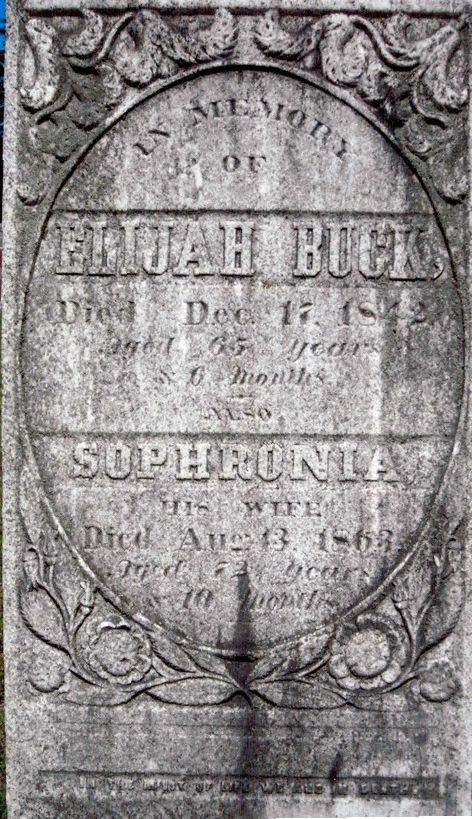 Sarah (Sproule) Beatty died at Cobourg 30 August 1832. Her earthly remains were interred in the Cobourg Union Cemetery. Some time later, Rev. John Beatty married again. His second wife was Rebecca (Brooke) Kemp. Rebecca was born 26 May 1782 in Norfolk County, England. Her marriage to Rev. John Beatty took place at the city of Toronto on 1 July 1834.

As a married couple, they resided at Cobourg for many years. John died at their home in Cobourg on 30 June 1863. He was laid to rest next to his first wife, Sarah, in the Cobourg Union Cemetery.

Rebecca (Brooke) Beatty died at Cobourg on 30 August 1887. Her stepson, Dr. John Beatty was the informant on Rebecca’s death registration. He included a most interesting little bit of history on that document. Under Remarks he noted: “Was in Paris with her first husband, an officer in the British Army, when that City was occupied by the allied army and saw the Great Napoleon surrender.” 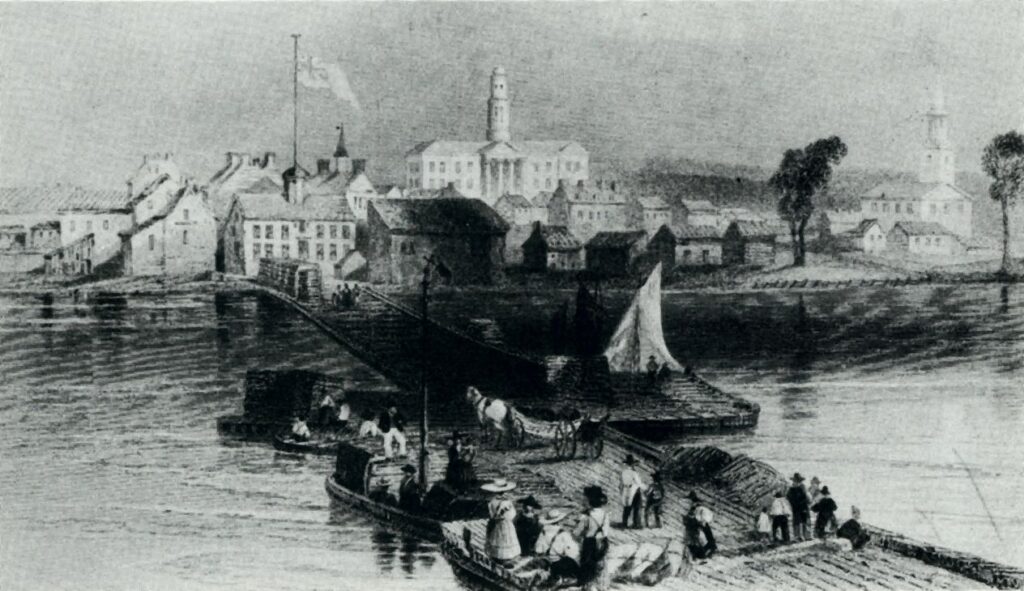 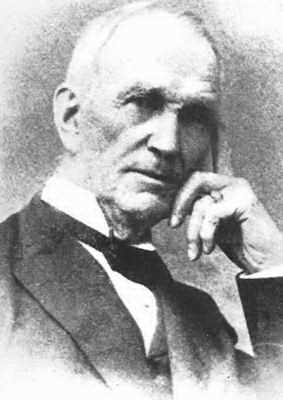 Of the children of Rev. John and Sarah (Sproule) Beatty, John Beatty Jr., like his father before him, became a significant member of the town of Cobourg. He was born about 1810 in the United States and came as a boy of about 15 years, to Toronto, Upper Canada, with his parents. It is reported that John married Eleanor Armstrong on 22 October 1833 in Cobourg. Eleanor was born in June 1811 in Ontario, a daughter of James Rogers and Hannah (Dougall) Armstrong. 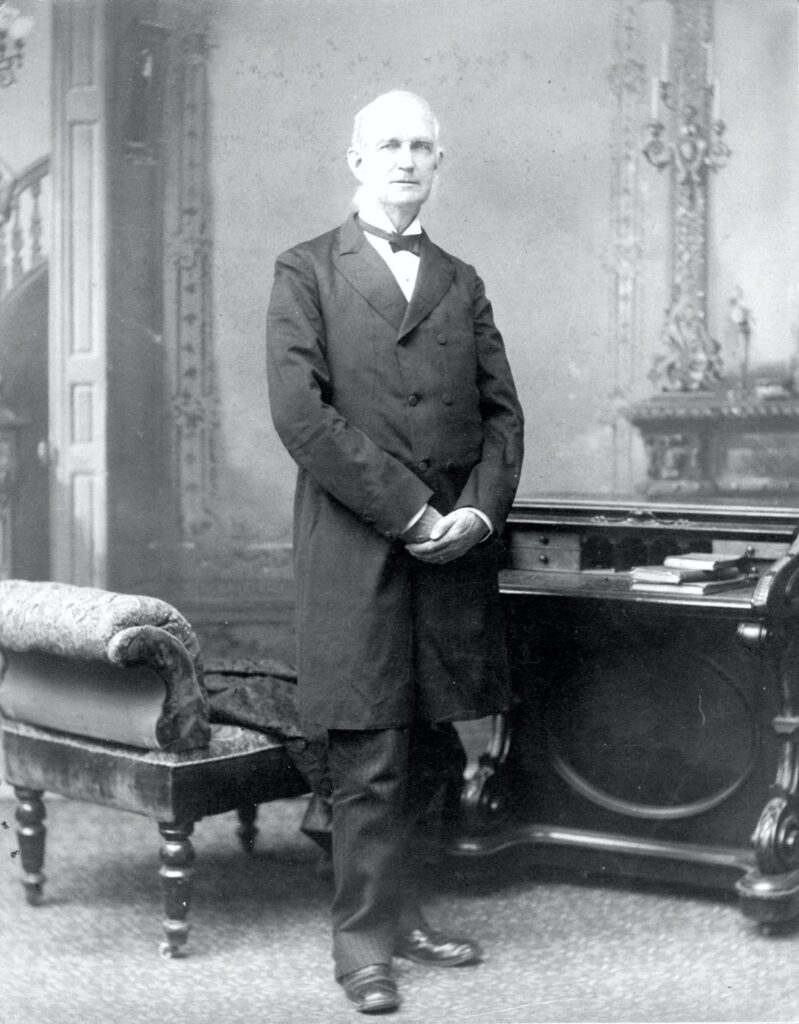 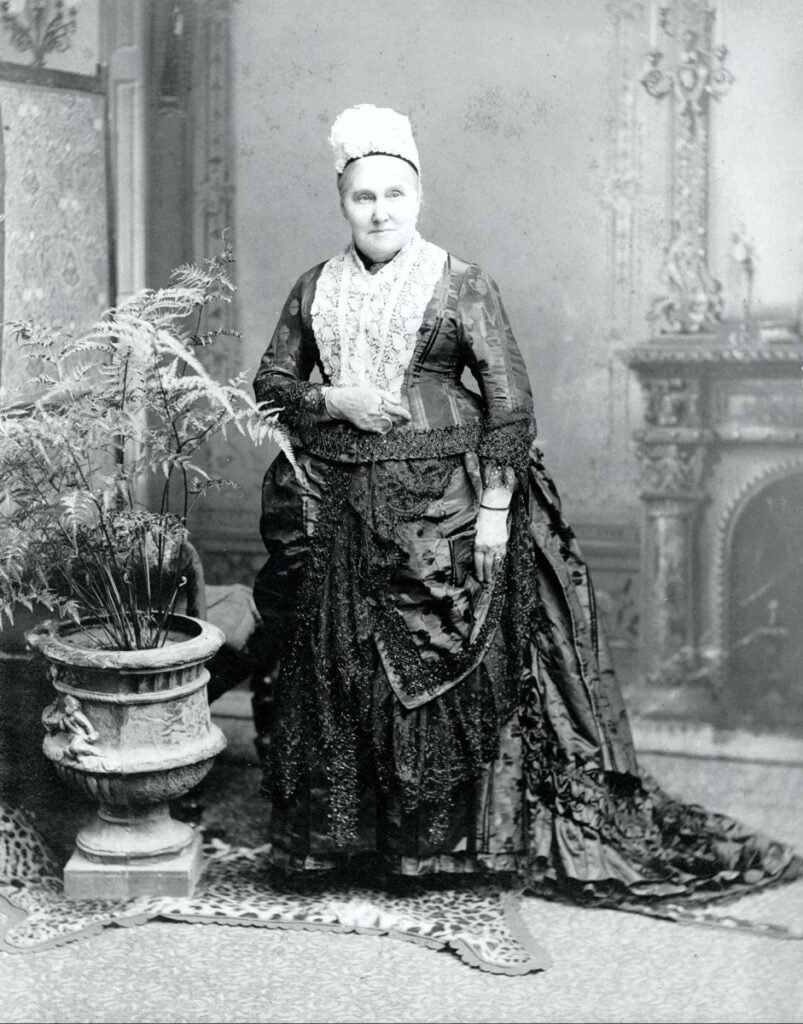 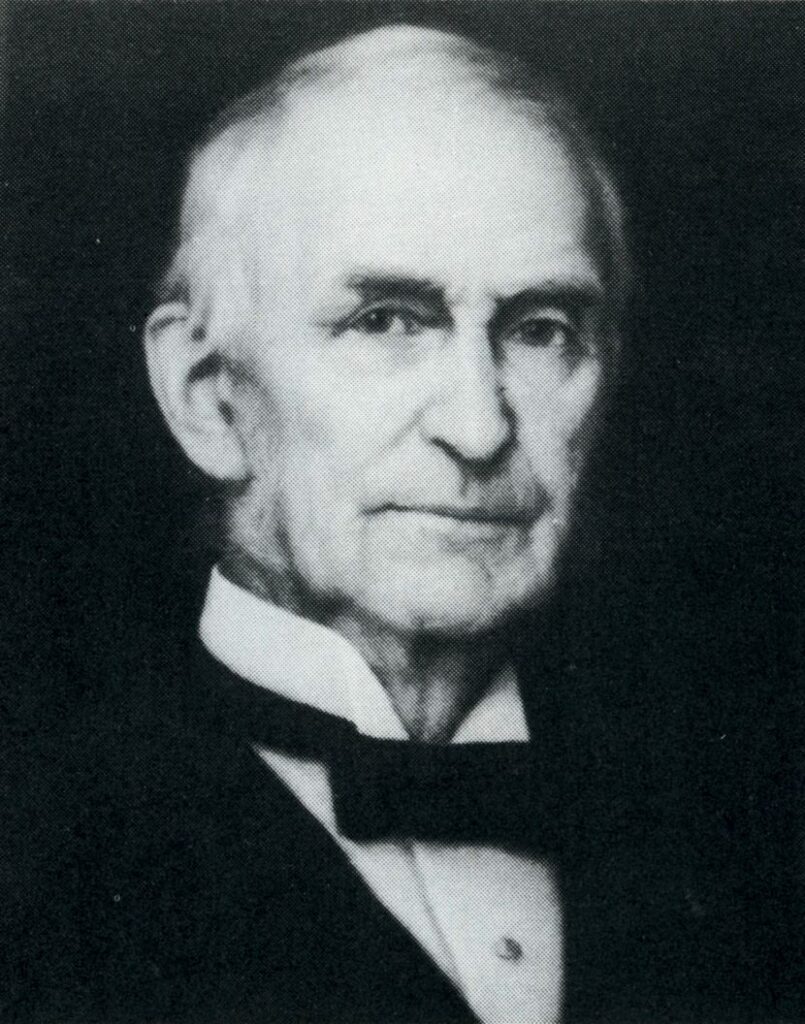 He numbered among the prominent faculty residing in the Cobourg area who served at Victoria College.

Eleanor (Armstrong) Beatty died at their home in Cobourg on 4 November 1895. Her remains were interred in the Cobourg Union Cemetery. Dr. John Beatty followed his wife to the grave on 17 July 1898.

Edward James, son of John and Eleanor (Armstrong) Beatty, was born in Toronto in 1837. He died 8 August 1887 in Cobourg, Ontario.

Louisa Sarah, daughter of John and Eleanor (Armstrong) Beatty, was born 29 November 1890 at Cobourg. About 1870, Louisa married John Daintry. John was born 25 May 1832 in Cheshire, England. The Daintry family arrived in Cobourg about 1845, moving up from the province of Quebec where they had spent time after arriving in Canada West. Louisa and John had four children. George Percival was born in 1871, Clara Louisa in 1872, Edith Muriel Frances in 1874 and Lillian Emily was born in 1879. 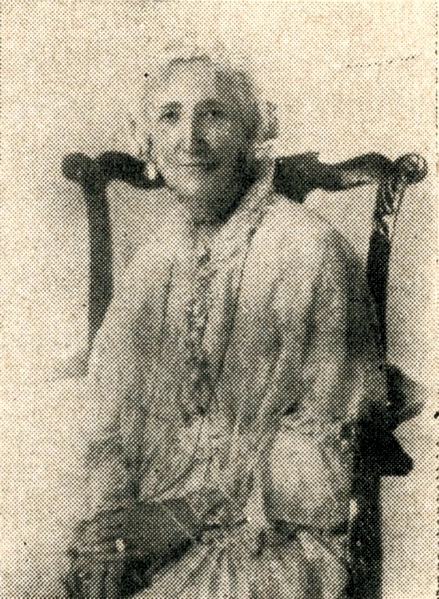 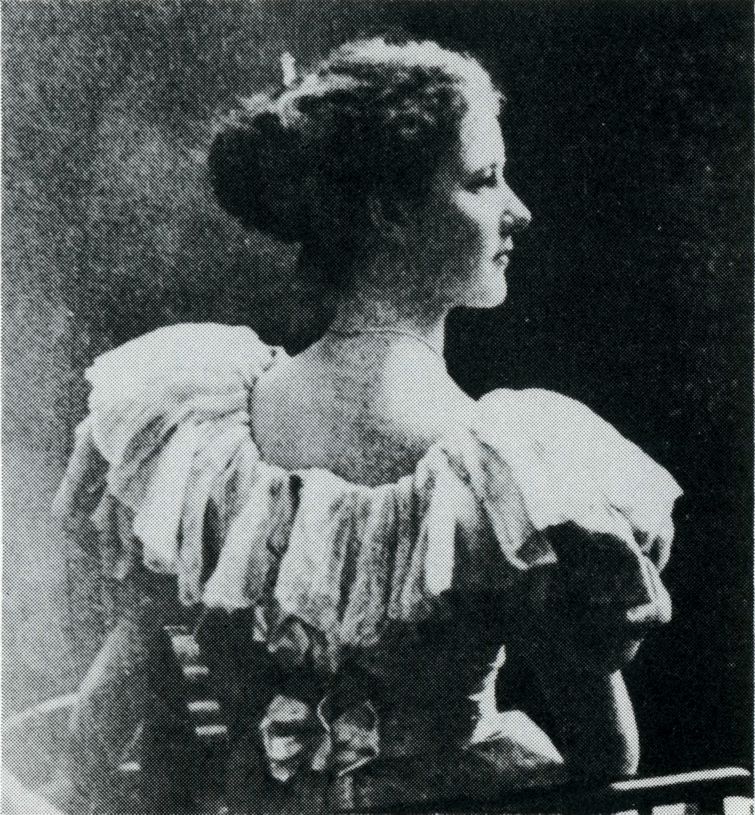 In the photo shown here at the left, is Edith Frances Daintry.

Ella then married again in 1897. Her second husband was Dr. Charles Albert Edwin Harriss. He was born 17 December 1862 in London, England. Ella Frances (Beatty) Harriss died in Ottawa, Ontario on 11 May 1924. Her husband, Charles Harriss, died 31 July 1929 at Ottawa. 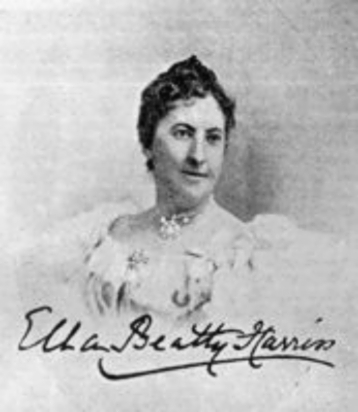 Mary Adelaide, daughter of John and Eleanor (Armstrong) Beatty, was born 26 January 1847 at Cobourg. As a young woman of twenty five years, she married William MacDougall. William was born 25 January 1822 in the town of York, Upper Canada. A son of Hannah Matthews and Daniel MacDougall, he was educated at Victoria College in Cobourg, Ontario. In 1845, he married his first wife, Amelia Caroline Easton. In 1862, William was called to the bar. From 1858 to 1867, he served as a Member of the Legislative Assembly of Canada.

During this same time frame, he also served as the Commissioner of Crown Lands from 1862 to 1864 in which latter year he was appointed Provincial Secretary.

His role in politics brought him into government during the years preceding the formation of our country. Thus, he participated in that governing group who in 1867, signed the document establishing Canada. Today those men are known as the Fathers of Confederation. After a lifetime of service, William McDougall died on 29 May 1905 at Ottawa, Ontario. His remains were interred in Beechwood Cemetery at Ottawa.

His second wife, Mary Adelaide (Beatty) MacDougall (in photo at right), died on 9 December 1934 at her home on Chapel Street in Ottawa. Her remains were interred in Beechwood Cemetery in Ottawa. 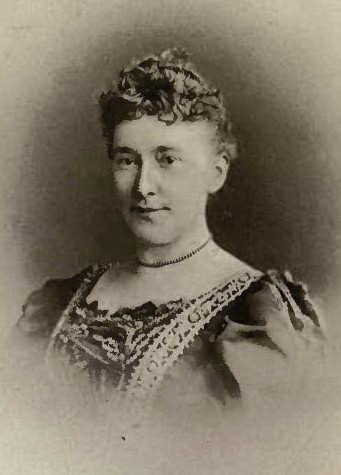 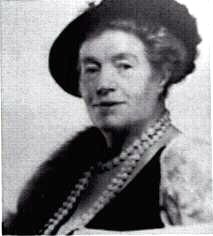 Emily Eliza, daughter of John and Eleanor (Armstrong) Beatty, who appears in the photo at left, was born 1 September 1848 at Cobourg, Ontario. On 4 April 1875, when she was twenty-seven years old, Emily married Charles Egerton Ryerson. Charles was born 5 July 1847 at Toronto. He as a son of Egerton Ryerson and Mary Armstrong. His father, Egerton, was a Methodist Minister, author, and educational administrator.

Emily and Charles were married 4 April 1875 at Cobourg, Ontario. They made their home in Toronto where Charles had employment as a barrister. At their home in the city, they raised a family of four sons and two daughters.

Charles Egerton Ryerson died at their home at 27 Cecil Street, Toronto on 4 June 1909. Emily Eliza (Beatty) Ryerson died in Toronto on 7 January 1947. Her remains were laid to rest in Mount Pleasant Cemetery, Toronto.

Charles John, son of John and Eleanor (Armstrong) Beatty, was born 20 July 1850 at Cobourg. As an adult, Charles resided in Ottawa, Ontario where he worked as a clerk in the Federal Department of the Post Office. Charles did not marry. He died in Ottawa on 29 September 1902 at the age of 52 years.

Edith Bertha, daughter of John and Eleanor (Armstrong) Beatty, was born
15 July 1854 at Cobourg. She was the youngest child in the family and lived at home with her parents until her marriage at the age of twenty-seven years.

Edith married Désiré Girouard on 6 October 1881 in Notre Dame of Ottawa Catholic Church. Désiré was born in St. Timothe, Quebec on 7 July 1836, a son of Jérémie and Hyppolite (Picard) Girouard. He completed a degree in Common Law at McGill University in 1860 and began practicing law. Désiré served many years as a Member of Parliament. On 28 Sept. 1895 he accepted a judgeship in the court a position which he served well over the following decade. 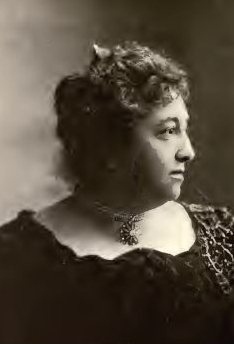 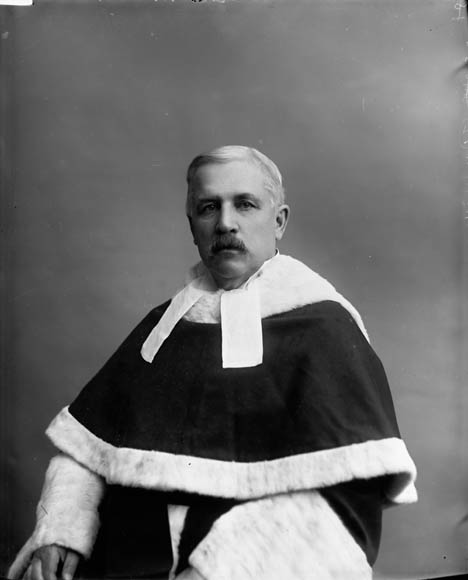 Edith and Désiré briefly resided in Ontario after their marriage. Their first son, Ernest, was born in Ontario in 1882. Thereafter, the family resided in Quebec for many years. In the 1890s, they made their home in Montreal. By 1901 they were living in Ottawa, Ontario with five of their blended family children.

Désiré Girouard died at their home in Ottawa on 22 March 1911. His remains were interred in Notre-Dame-des-Neiges Cemetery in Montreal, Quebec.

Edith Bertha (Beatty) Girouard died at their Ottawa home on 4 December 1920. Her remains were interred in the Notre-Dame of Ottawa Cemetery in Ottawa, Ontario.