Robert Thomas Ferguson was born 2 July 1830 in the little village of Toledo, Kitley Township, Lanark County, Upper Canada. He was a son of William Ferguson and Eleanor Elliott.

Circa 1865, Robert married Jessie Clark Rutherford. She was born in the town of Perth, Lanark County, on 29 January 1831. Jessie was daughter of William Rutherford and Janet Simpson.

There were three log schools built in Toledo. These small schools were closed when the community built a larger stone school in the village in 1840. This school was in use until the 1870s. 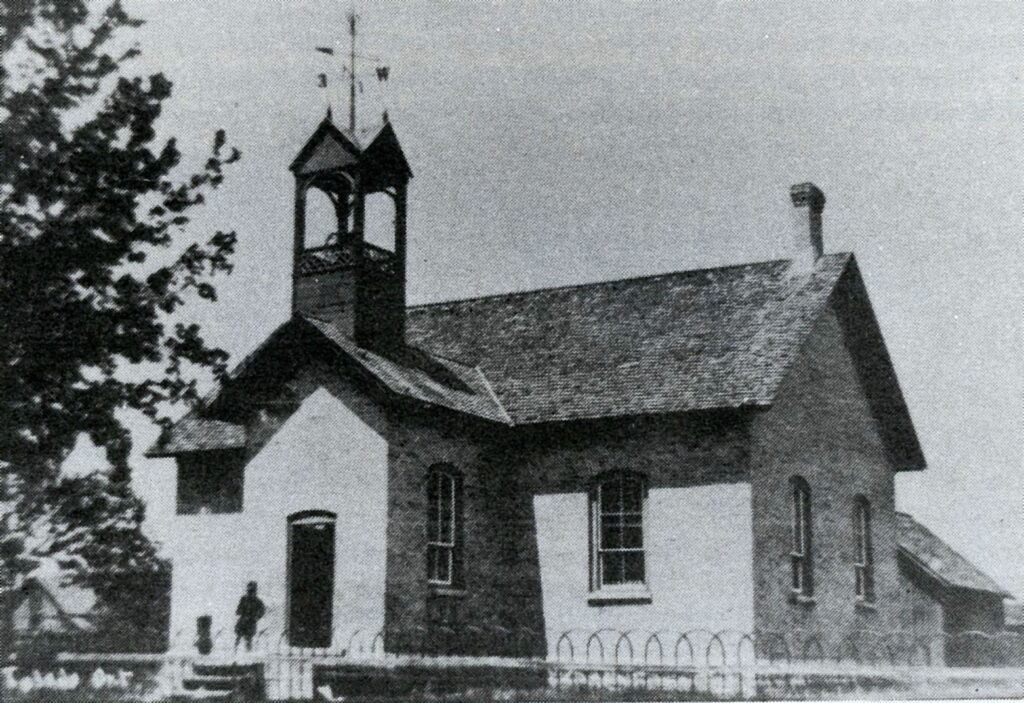 From their marriage onward, Robert and Jessie resided in Elmsley Township in Leeds County. On 13 April 1867, a daughter was born to the young couple. They named her Victoria Eleanor Ferguson. Three years later another daughter was born. This was Mary R. Ferguson, born 13 May 1870. One son was born to the family. This was John James Ferguson, born 1 December 1872 in South Elmsley Township.

In 1911, a young boy aged twelve years lived with the family. His name was William Braham. William was born in in England in December 1898. He came to Canada in 1910, on board the Sicilian that docked at the city of Quebec in October 1910. William was a Home Child, sent to live with a Canadian family. He continued to live with the family at the date of the 1921 census.

After forty years of married life in South Elmsley Township, Jessie Clark (Rutherford) Ferguson passed away at her home on Concession 2 Lot 7. She was laid to rest in the nearby Maple Vale Cemetery.

Her husband Robert Thomas Ferguson died in South Elmsley Township on 28 February 1916. He rests beside Jessie in Maple Vale Cemetery.

Their daughter, Victoria Eleanor Ferguson never married. She lived at home with her parents until their death. Throughout the 1930 and into the early 1940s, she continued to reside in Smith Falls, Ontario. Victoria died on 5 April 1942. She was laid to rest beside her parents in Maple Vale Cemetery.

Mary R. Ferguson, second daughter of Robert and Jessie, also lived at home with her parents. It does not appear that she ever married. Mary died in 1949 and was buried in the family plot at Maple Vale Cemetery.

John James Ferguson was the only son of Robert and Jessie. John went to live in Chicago, Illinois about 1899. There he worked as a packer in a packing plant. Upon the death of his mother in 1911, John returned home to assist in dealing with her funeral arrangements. It is John’s name that appears as the informant on his mother’s death registration. John returned to Chicago where he seems to have remained until the 1930s. Although his date of death is not known, burial records indicate he is interred in the family plot at Maple Vale Cemetery. 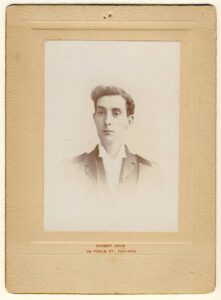 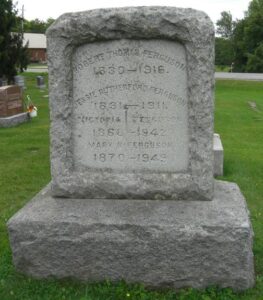