William Fleming was born in Ireland. There he lived until about 1827 when he came to Smith Township, Upper Canada. He took up 100 acres of land, made improvements and built a homestead. In the Peterborough area biographies written by Mulvaney circa 1875, we learn that William lived on this land until he died in 1867.

We also learn that William married Miss Susan McCall of Findly Township. However, as there is no record for a Findlay Township in Ontario, her place of residence remains unknown. The marriage of William and Susannah took place in the mid 1830s, as their first child was born in 1838.

In April 1850, Susannah (McCall) Fleming died. There is an old headstone for her in Little Lake Cemetery, Peterborough. The stone is old, lying flat on the ground and broken into several pieces. The parish for St. John’s Anglican Church on Hunter Street contains and entry for her burial in 1851. Therein it is recorded that Susannah Fleming, aged 37 years old, a resident of Smith Township, was buried by Rev. Robert H. Taylor on
27 April 1851. 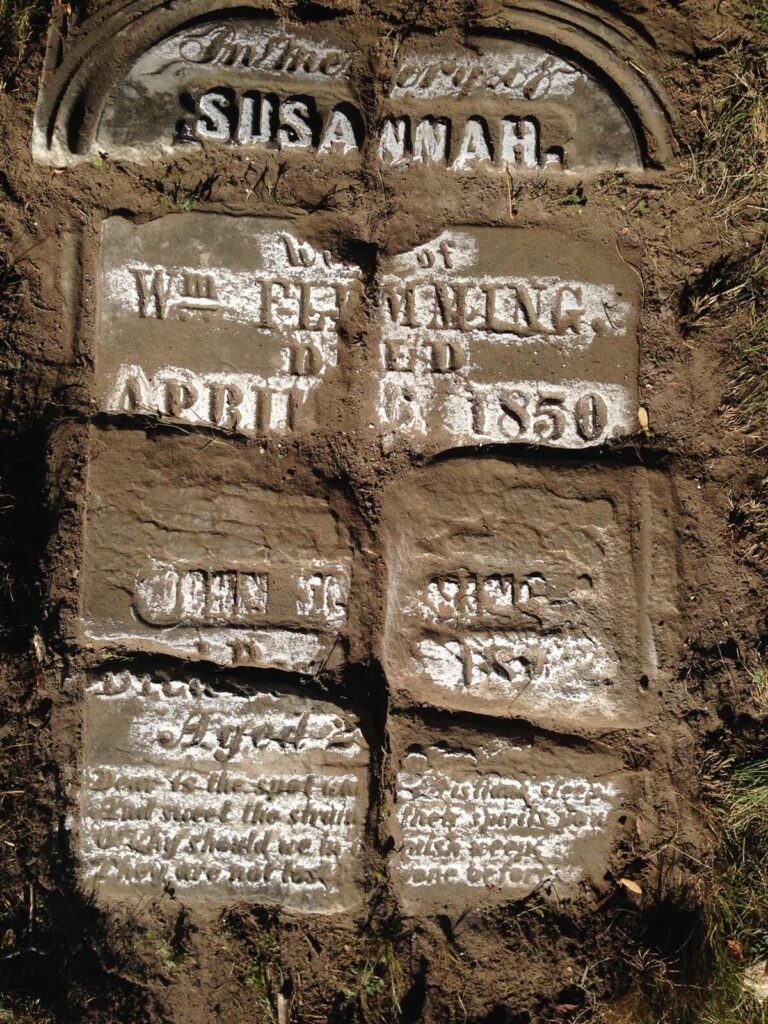 William Fleming died May 17, 1867 per the Mulvaney biography. However, no record appears in the Little Lake Cemetery burials for him. A newspaper account was located of William’s death.

Mary, daughter of William and Susannah (McCall) Fleming married in Peterborough on 22 July 1868. They made their home in Smith Township where a family of three children were raised. Their children included: Mary Harriet, born in 1869; William Henry, born in 1874 and Madeline, born in 1877.

Martha, daughter of William and Susannah (McCall) Fleming married John Anderson on 7 July 1862 at Peterborough. John was born in Scotland in the late 1820s or early 1830s. He was a son of Peter Anderson and Agnes Henderson. John was a widower when he married Martha Fleming. He had a son and daughter from his first marriage. John and Martha had nine children of their own. Susan was born in 1863; Margaret in 1865 and Minnie in 1869. A son John was born in 1871, followed by another son, Maxwell in 1873, and Bruce in 1875. Frances was born in 1877, Charles in 1880 and Lucy in 1882.

John, son of William and Susannah (McCall) Fleming died as a young man of twenty years, on
2 December 1863. He is buried next to his mother in Little Lake Cemetery.

William, son of William and Susannah (McCall) Fleming married Elizabeth about 1867. They had two sons, William John born in 1868 and Edward James, born in 1870. Nothing further has yet been located for this family group.

Mathew, the youngest son of William and Susannah (McCall) Fleming was born on the old homestead about 1846. He remained at the family home until 1880 at which time he sold his inherited 50 acres of land and in its place purchased 144 acres on Concession 3, Lot 6 in Smith Township. 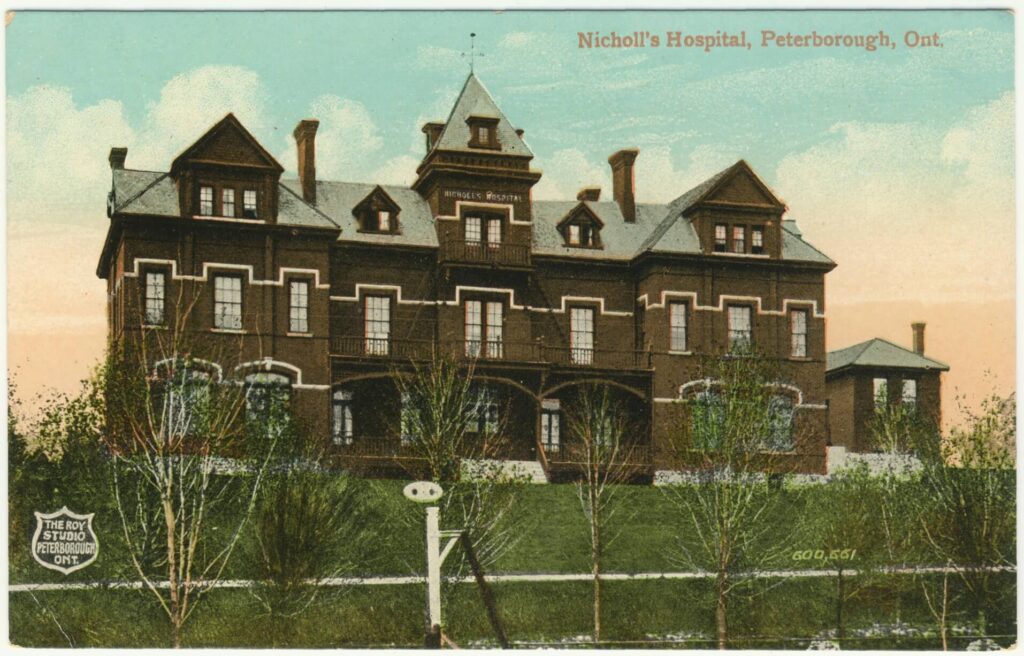 He was married to Isabella Tully on 11 November 1868, at Peterborough, Ontario. Isabella was born 14 January 1844 in North Monaghan Township. Her parents were John Tully and Esther Sherrif. Mathew and Isabella lived in Smith Township where they raised a family of five children. They had four sons: William born 1869; John born 1872; George born 1873 and Mathew born 1878. Their fifth child was a daughter, Florence Catherine, born in 1880.