Born 31 August 1797 in Kincardine, Perthshire, Scotland, John Fife was the eldest of eleven sons born to John Fife and Agnes Hutchinson. Three of their boys died as infants. Sometime between 1816 and 1824, John and Agnes,  with all their surviving family, emigrated to Upper Canada. At Cobourg on the shores of Lake Ontario, further arrangements were still to be made. Their journey northward into the backwoods would take them all to Otonabee Township.

In Cobourg, Northumberland County, Upper Canada, John, son of John and Agnes, met and married Elizabeth Carter. Elizabeth was born 2 August 1798 in Queen’s County, Ireland. She was a daughter of William and Rebecca (Julian) Carter. Their marriage took place on 13 October 1825.

John and Elizabeth traveled from Cobourg to Otonabee Township where they settled on Concession 5 Lot 21. Here they would raise a family of two daughters and four sons.

Their second youngest son, James Hutchinson Fife, was born in the township on 14 July 1831. After he was fully grown and had become a young man, James courted and married Sarah Lang. A daughter of William Lang and Jane Stewart, Sarah’s wedding to James Fife took place on
9 December 1862. 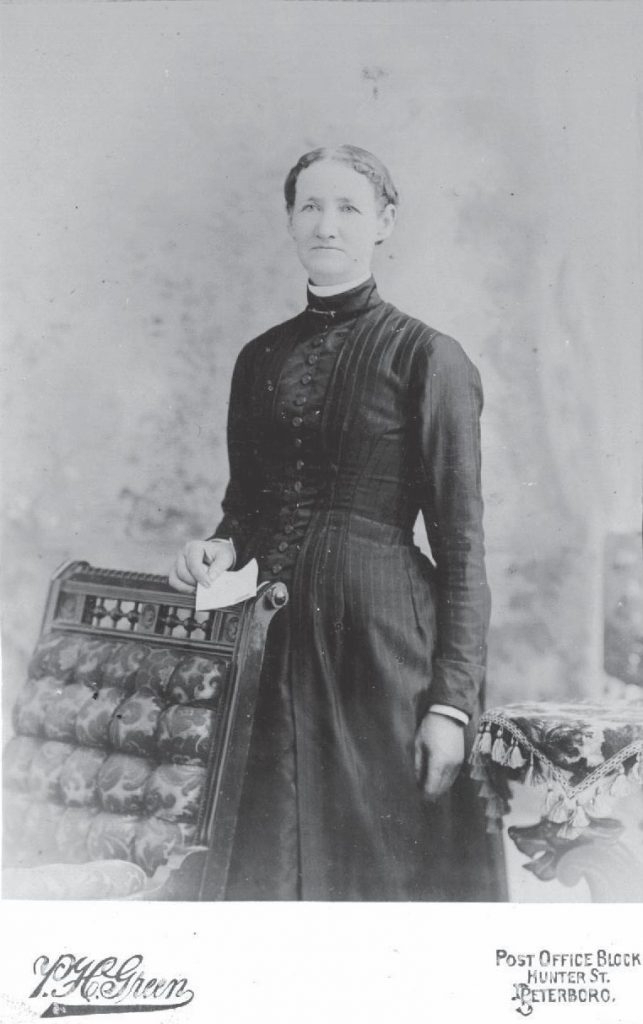 A Family for James and Sarah

Of the three daughters, all remained single. For many years they remained on the family homestead in Otonabee Township. In later years, Elizabeth and Phoebe moved into Peterborough and lived on Aylmer Street. 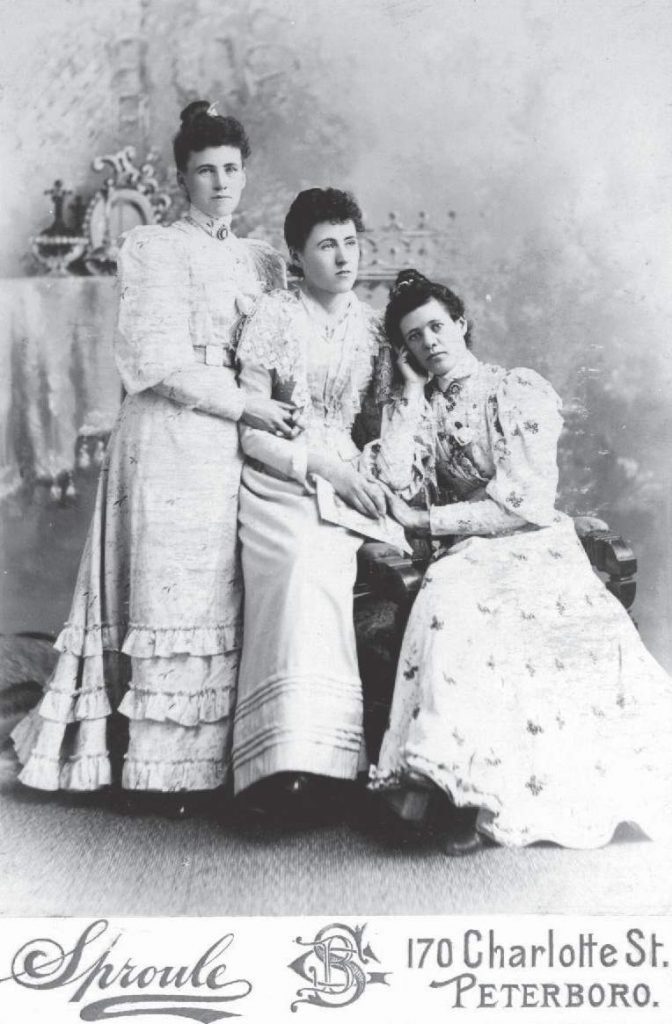 During the years 1893 through 1897, a local photographer, George Buchanan Sproule maintained his studio at 170 Charlotte Street. It was there during that four year interval, that the three Fife sisters had their picture taken. Elizabeth, known as Lizzie is standing to the left. Phoebe is in the middle and Agnes seated on the right. Agnes Hutchinson Fife died in a Toronto Hospital in February 1908. She had cancer. Elizabeth Jane Fife, died at her Aylmer Street home on 22 February 1946. Phoebe Fife died in 1952. They are all buried in the Fife Cemetery in Otonabee Township.

Use this link to discover more about Dr. Joseph A. Fife,  grandson of John Fife and Agnes Hutchison