This family of the Fowler name goes back to Scotland and the late 1700s. There in 1792, James Fowler was born. As a young man of around twenty-five years, James married his sweetheart, Elizabeth Dodds, she being of the same age. Their first child, a son they named David, was born in Roxburghshire, Scotland in 1817. The very next year, 1818, James and Elizabeth decided to immigrate to Upper Canada. They arrived here with you David, barely old enough to be toddling around. In 1822, a daughter, Ellen, was born to the couple.

The family first made their home in the village of Port Hope in the Newcastle District of Upper Canada. It was not long until they moved northward into Smith Township. In 1825, another son, James, was born. Four years later, Andrew was born and in 1830, another son, John B. Fowler was born. One further child rounded out their growing family. Elizabeth Fowler was born in 1834.

For the rest of their lifetime, James and Elizabeth made their home in Smith Township. Here their children grew up leaving home as each in turn married and began families of their own. Elizabeth (Dodds) Fowler died at her home in Smith Township on 1 December 1874. James Fowler died on 4 August 1876. They rest in Little Lake Cemetery in Peterborough.

James, son of James and Elizabeth (Dodds) Fowler, married Isabella Grant. Isabella was born about 1830 in Scotland. She died 28 May 1906 in Peterborough, Ontario. James Fowler died 25 October 1899 in Peterborough. James and Elizabeth had five son and one daughter. The sons were: James Andrew born 1856; William Grant born 1859; John born 1863; Francis born 1864 and Robert born 1867. The only daughter in this family was Isabella, born in 1869.

Andrew, son of James and Elizabeth (Dodds) Fowler, married Margaret Tully. Margaret was born in Upper Canada in 1833, a daughter of Robert and Agnes (Cummings) Tully. Andrew and Margaret married circa 1856. In the 1860s and 1870s, they resided in Emily Township, Victoria County. By the 1880s, Andrew, now widowed, resided in Smith Township. His wife, Margaret, died in Emily Township 15 October 1880. Andrew Fowler died in Smith Township on 20 March 1892. They rest in Little Lake Cemetery in Peterborough. 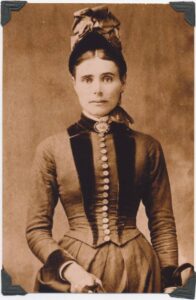 Margaret Agnes, daughter of Andrew and Margaret (Tully) Fowler, went by Agnes. She was born in 1857.

In the hamlet of Mount Pleasant, Cavan Township, Ontario, on
30 December 1875, Agnes Fowler became the wife of Thomas James Tully.  They had one daughter, Edith Maud Tully, born
14 June 1882.

Edith married Leslie Hawes on 27 Jan. 1900, at Peterborough. Edith and Leslie moved to Vancouver, British Columbia. Thomas and Agnes went west with them. In Vancouver, a daughter was born to Leslie and Edith in 1908. This child was named Muriel.

Margaret Agnes (Fowler) Tully died in Vancouver between 1911 and 1921. Widowed, Thomas Tully continued to live with his daughter and her husband at their Vancouver home. 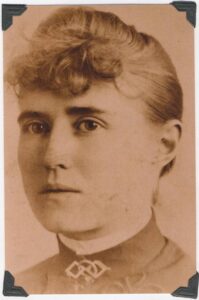 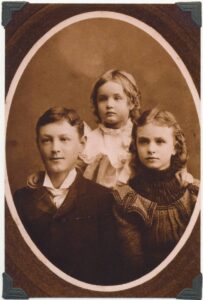 Ellen, daughter of Andrew and Margaret (Tully) Fowler, married Stephen Henry Corbman at Peterborough on 23 May 1888. Stephen was a carpenter by trade. They had a family of five children. Stephen and Ellen moved to Vancouver, British Columbia.

Shown to the left are three of their children: Grant, Lillian and Margaret Corbman.

John Balantine, son of James and Elizabeth (Dodds) Fowler, married Sarah Iveson. Sarah was born 25 September 1833 and baptized the same day a year later at St. John’s Church on Hunter Street in Peterborough. John and Sarah had a family of six daughters and two sons. The family lived in Smith Township where Sarah died in 1889 and John, 12 November 1897. 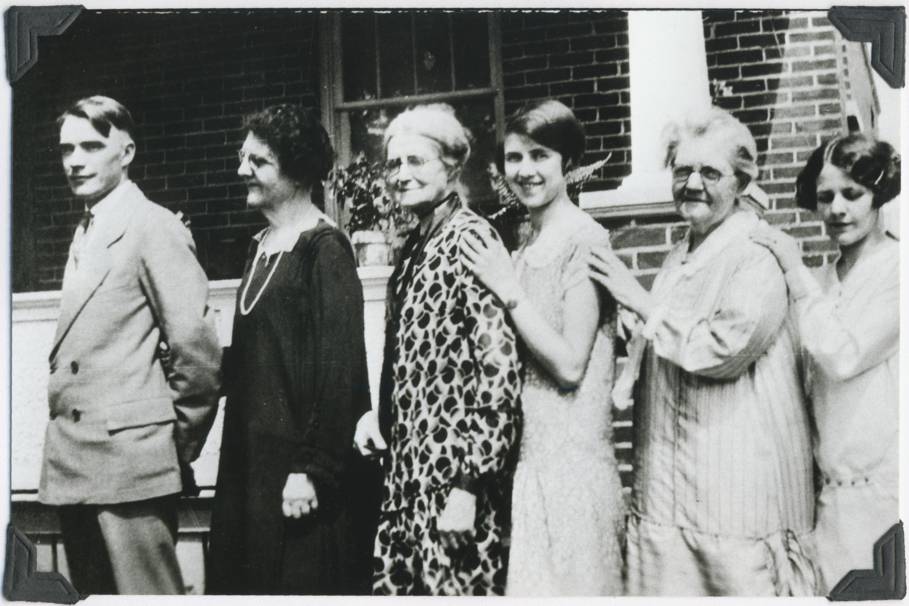 Elizabeth, daughter of James and Elizabeth (Dodds) Fowler, married John Andrew Williamson. They were wed at Port Hope of 7 January 1863. John was born in September 1820, in Scotland. John and Elizabeth raised a family of five sons and one daughter. Elizabeth (Fowler) Williamson died on 31 October 1876 at their home in the village of Omemee, Emily Township. John Williamson later went to Vancouver, British Columbia where he died 13 January 1911.