Samuel Payne Ford, was born in Peterborough, Ontario on 18 April 1840.  One of eight children of Joseph and Maria (Payne) Ford, Samuel grew up in the town of Peterborough in the 1840s and 1850s. As a son of Joseph Ford and wife, Maria Payne, young Samuel took his elementary education at the local schools in town.

After Samuel P. Ford finished his own education, he became a teacher and taught at local schools for five years. He next went to the University of Buffalo, New York, graduating in March of 1864. Then for several months, Samuel went to Washington, D.C. on an appointment at Mount Pleasant General Hospital as an acting assistant surgeon in the United States army. 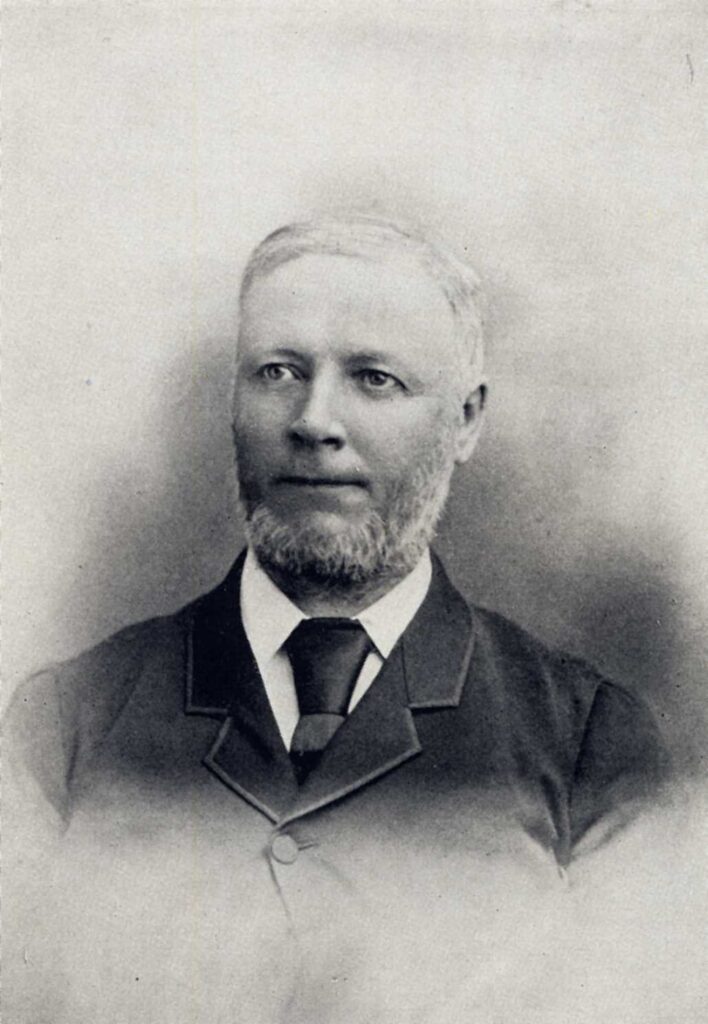 Samuel’s father and mother had both been born in Wilshire, England in the early years of the 1800s. Coming to Upper Canada, they married about 1830 or 1831. Joseph was able to support his wife and soon a young growing family, through employment in his trade as a weaver.

In 1866, when Samuel was twenty six years old and his youngest sister just thirteen, their mother died. Within two years, Joseph Ford married again. His second wife was Lydia Payne, daughter of Samuel Payne and Mary Ann Oxford. Their wedding took place on
5 November 1867 in Leeds and Grenville County, Ontario. Lydia had two young children from her first marriage to Silas Herridge. Kezia Herridge was seven and Albert was just five years old.

A Doctor in Norwood

In the fall of 1864, he purchased the medical practice of Dr. Thomas W. Poole of Norwood, Ontario. Norwood is a small town about thirty miles distant from where Samuel had grown up in Peterborough. Returning to Canada, he settled into the practice of medicine as a small town doctor. Still needing additional qualifications, Samuel completed an M.B. degree in 1869 and in 1871 was given his M.D. from the University of Toronto.

In August 1865, Samuel married Araminta A. Connor, daughter of Robert Connor and Elizabeth Fisher. Araminta was born in May 1841 in the Niagara region. Her father who worked as a shoemaker in the 1850s, later became Post-Master for the village of Niagara-on-the-Lake.

Four children were born to Samuel and Araminta. A daughter Lilian Elizabeth, was born at the close of January 1866. At a future date, when she was a young woman, Lilian married Dr. Joseph Morley Jory. He was a doctor in the village of Bloomfield, Prince Edward County at the date of his marriage to Lilian.

On  10 April 1869, a son was born to Samuel and Araminta. They named him John Howard Ford. Sadly this little boy died at the age of 2 years and 10 months, on 2 March 1872. He was buried in the Norwood-Asphodel Cemetery.

The following year, another son, Harry Egerton, was born to Samuel and Araminta on 30 April 1873. Harry grew up to become a Professor. He married and had a son, Walter, born in the United States in 1908.

Samuel and Araminta had one more child. Nellie May Ford was born 9 May 1877. She lived only two months, her death being caused a bacterial infection.

Throughout his lifetime, Samuel was a strong supporter of missionary work and took an active interest in education. He was a member of the Board of Management of Albert College in Belleville and for twenty-seven years was a member of the Norwood Board of Education. The death of his wife, Araminta, occurred in November 1903. He later married again in 1906, Elizabeth Susan Connor, the younger sister of Araminta.