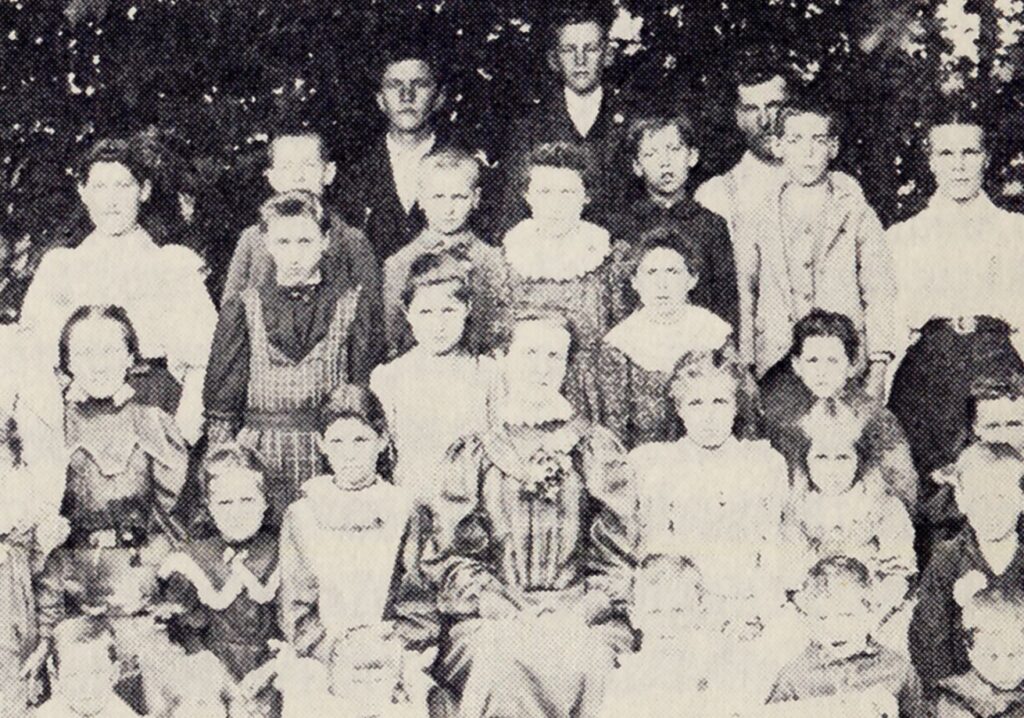 Part of the Class of 1896 at School Section 12 in St. Vincent Township

An Early Place of Education

Edward later married on 15 March 1913 in Meaford, Ontario. His bride was Mary Jane Hodgkinson. Born in 1889, she was a daughter of William Hodgkinson and Jane Wilson.

Arville Bumstead, was born in the village of Woodford, in Grey County, Ontario. She married Richard John McConnell, son of Alex and Jane (Beel) McConnell. Arville and Richard were married 26 March 1918 in Grey County.

Another Bumstead family, that of Fred and Emma, also had children attending the school in 1896. Their daughter Lottie was born March 4, 1884 and daughter, May, was born August 24, 1887. Both girls were students in the class at SS 12, they year the photograph was taken.

From the family of Alfred and Fannie Bumstead, a daughter, Mary, born April 13, 1883 was one of the older students completing her basic education in 1896.

Another Callery family was that of John and Susan (Robinson) Callery who also had a daughter attending school in 1896. Martha Alice Callery, born in 1880, attended SS 12. She later married James Henry Bumstead, on 16 June 1901 in Grey County. James was born in 1877 in St. Vincent Township, a son of William Bumstead and Orvilla Ann Atkins.

Catherine’s sister, Eveline, married Charles Wyld on 21 August 1918. Charles was born in Huron County in 1885, a son of Henry Wyld and Kate McLay.

Charles Louis Vail, who went by Louis as a boy, later married Maurie Vail. She was born in 1889 in Chatsworth, Ontario, a daughter of Robert Vail and Susan Fox. At the time of his marriage, which took place in Grey County, Ontario, Charles was living in Ardath, Saskatchewan and his bride, Maurie, resided in Winnipeg, Manitoba. 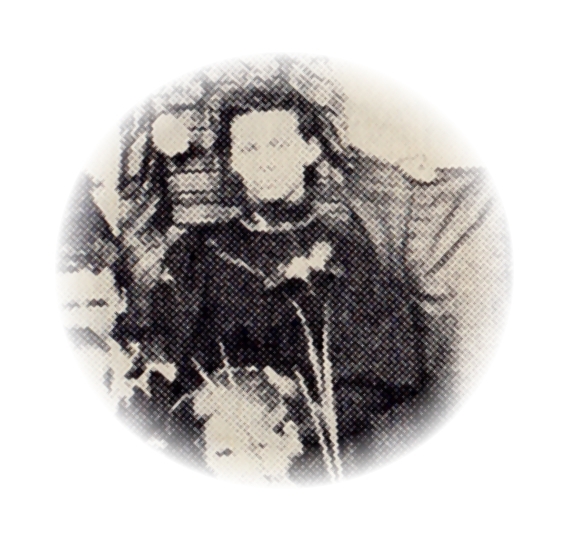 Harold Edgar Dunnill was born in St. Vincent Township, a son of John Dunnill and Catherine Ellen Watt. Harold, who was a student at SS 12 in 1896, later married Janet Ethel Brown. Janet was also born in the township, a daughter of William Brown and Susan McDonald. Janet and Harold’s wedding took place in Grey County on 9 April 1902.