An old death notice in a local newspaper reports that Mrs. James O’Hara died in the hamlet of Springville on July 15, 1912. Mrs. O’Hara had been born in County Down, Ireland in 1837 and came to South Monaghan Township, Northumberland County, Canada West in the year 1855. She arrived with her parents. 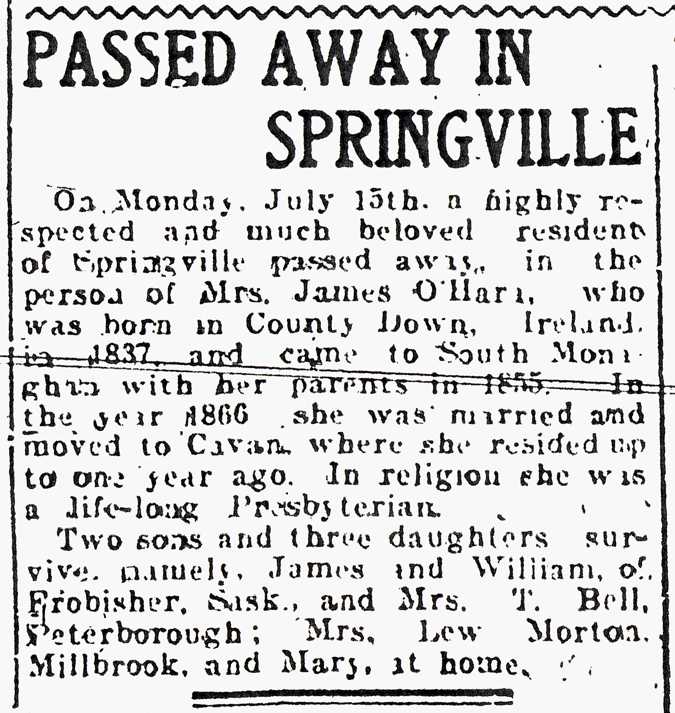 In the year 1866, Mrs. O’Hara married her husband, James. Their family were members of the Presbyterian Church. When Mrs. James O’Hara died, she was survived by two sons, James and William of Frobisher, Saskatchewan; and daughters, Mrs. T. Bell of Peterborough; Mrs. Lew Morton of Millbrook and Mary, residing at home.

How amazing it is that in spite of all the detail provided in her death notice, not once was Mrs. James O’Hara mentioned by her own first name, nor were her parents names included.

Finding out who Mrs. James O’Hara was by her own given and maiden name, makes for an interesting puzzle to be solved. While the newspaper did not mention her parents names, the registration of death did provide much needed information. Mrs. James O’Hara, was in fact, Agnes McKnight. Her parents are given as James McKnight and Eva Walsh.

Knowing a name by which to recognize her, made it possible to search for this woman in early census recordings. Her family was noted as arriving in 1855 and Agnes married in the year 1866. That leaves a possible census for 1861 in which she might be found with her parents and siblings.

Curiously, while a match was located for Agnes in the 1861 census, her parents are not shown by the names expected. In 1861, Agnes is the daughter of Samuel and Agnes McKnight of South Monaghan Township. Two brothers were also living at home with their parents, Jonathan born in 1843 and Samuel born about 1845. Living next to the family was another McKnight household, that of Robert McKnight, his wife, Mary, and their children. Robert was born in Ireland about 1826. In spite of the difference for her parents’ names, this does appear to be the correct McKnight family. Agnes’ mother was not Eva, but Agnes and her father was not James, but Samuel.

The Life and Times of James and Agnes late of Springville

James and Agnes (McKnight) O’Hara lived in Cavan Township for many years. About a year before Agnes died, they moved to a home in the hamlet of Springville. Agnes died there in July 1912. James died at Springville on 17 November 1915. They both rest in the Fraserville Cemetery. 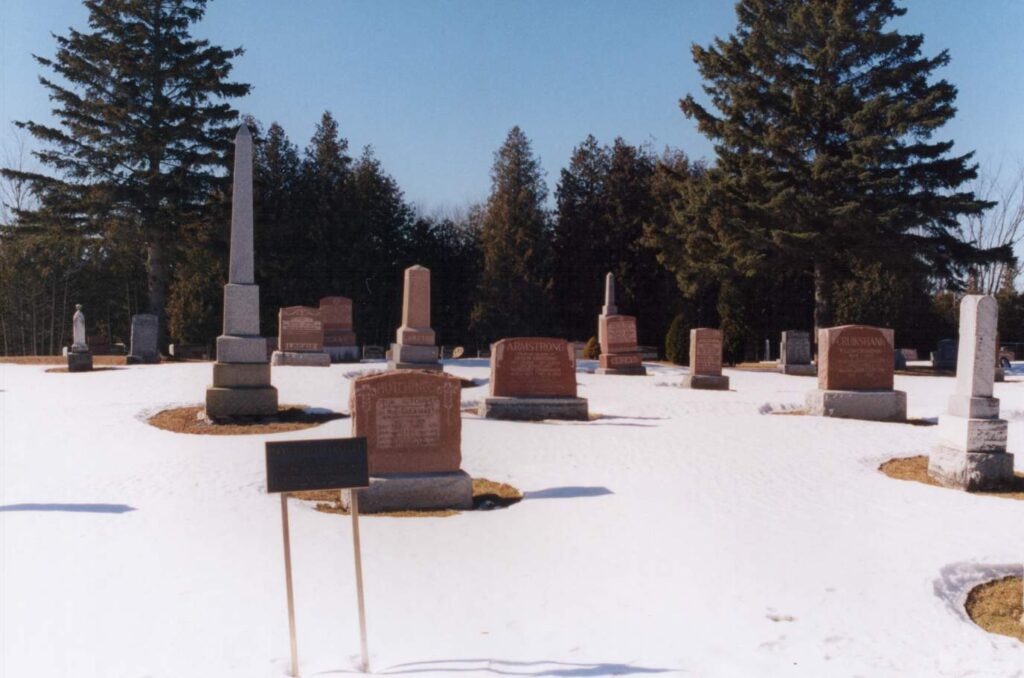