On 8 February 1842, John Cameron was born in the township of Otonabee in the Newcastle District of Canada West.

He was a grandson of John Cameron and Mary Knox who came from Renfrewshire, Scotland in 1820. Family stories relate that the Camerons arrived in Upper Canada, travelling as far as the town of York (now Toronto) before retracing their steps eastward again to the shores of Rice Lake. Crossing over this large lake, they arrived at a high bluff on the northeast side. Located in Asphodel Township, not surprisingly, it is known today as Cameron’s Point. After spending the winter here, in a make-do shelter, the family moved to a property five miles to the north. Here a log house was built, and the family began their life in Upper Canada. In 1826, a new log house was built on Lot 13 Concession 1 in Asphodel Township. To secure his claim to this land, John Cameron walked to Cobourg, registered the property and returned home again, carrying a 100 pound sack of flour on his back. 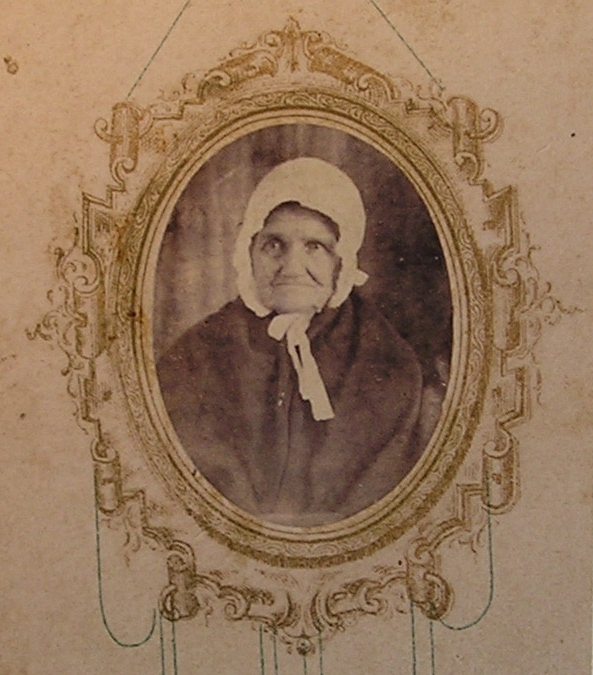 In time, John took out land for each of his six sons, John, Hames, Duncan, Peregrine, Ewen and Donald. To the family of John and Mary were also born five daughters. Mary was born in 1809 and died on the ship when the family was travelling to Upper Canada. Catherine, known as Kate, was born in August 1811. She married Stephen Nelson. Jean, also known as Jane, was born in May 1814. Jean married Hugh Christie in 1832. Ellen was born in September 1819 and was still an infant on the voyage to Upper Canada. Ellen married Alexander Orr in July 1850. Mary Cameron was the youngest daughter. She was born in Upper Canada in 1830 and died at the age of 8 years.

It is the family of James, son of John and Mary (Knox) Cameron to whom we turn next. James was born 11 August 1806 in Renfrewshire, Scotland. He was a young man of fourteen years when the family immigrated. About 1836, James married Sarah Sinclair. She was born 9 October 1813 in Beauly, Inverness-shire, Scotland and was a daughter of Hugh and Elizabeth Jane (Williamson) Sinclair. Sarah was a young widow with two small boys when she married James. Her first husband was John Nelson by whom she had two sons, Hugh born in 1833 and John born in 1834. 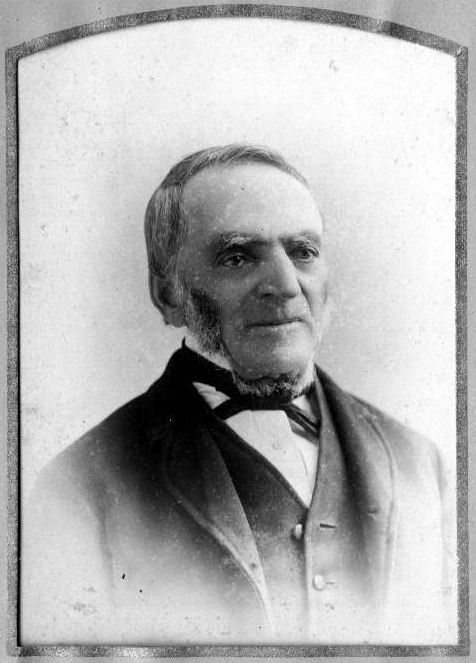 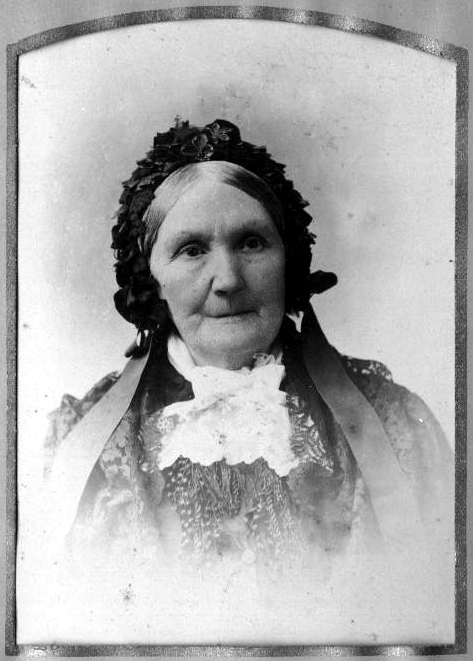 Through her marriage to James Cameron, another eight children were born. Elizabeth was their first child, born in 1838 in Otonabee Township. Elizabeth died, unmarried, on 27 April 1923. 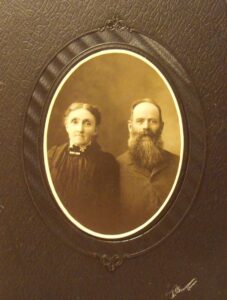 Mary was the second child born to James and Sarah (Sinclair) Cameron. She married William Weir on 22 February 1866. William was born 8 April 1841 in Scotland. He was a son of Janet (Mackie) and James Weir. Mary and William had seven children.

John was the next son of James and Sarah (Sinclair) Cameron. We will return to the story of John in a short time. 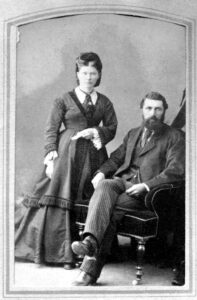 William, son of James and Sarah (Sinclair) Cameron, was born 4 July 1946 in Otonabee Township. He died
12 December 1872 and was buried in the Westwood Cemetery, Asphodel Township. 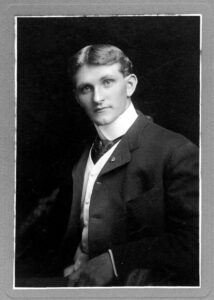 Anne, daughter of James and Sarah (Sinclair) Cameron, was born was born 7 May 1848. She died 17 March 1914, unmarried. Her remains were buried in the Cameron Cemetery, Asphodel Township. 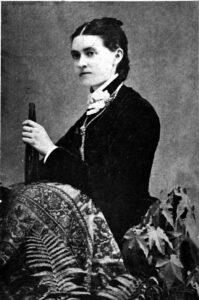 Margaret, daughter of James and Sarah (Sinclair) Cameron, was born 6 November 1850. In January 1887, Margaret wed Richard John Barrens. They had a son and two daughters. Margaret (Cameron) Barrens died 18 February 1901 at the age of 50 years. Her husband, Richard Barrens, died 9 December 1916. They rest in the Cameron Cemetery, Asphodel Township.

The youngest child born to James and Sarah (Sinclair) Cameron in 1853, was stillborn.

Returning to, John, eldest son born to James and Sarah (Sinclair) Cameron, he was born 8 February 1842 in Otonabee Township. On 2 February 1871, John married Jane Wilson Ewing Smith, daughter of John and Jane (Kirkhope) Smith. Jane was born 23 April 1851 in Ayrshire, Scotland. Her parents brought the family to Canada in the year 1855. After their marriage, John and Jane resided in Otonabee Township where they raised a family of six children.

John and Jane first settled into married life on his farm in Alnwick Township. They are found residing there, as newlyweds, when the census was taken in 1871. Before long however, they moved to reside in Otonabee Township on part of the west half of Lot 25 Concession 1. Their Post Office designation was Westwood. 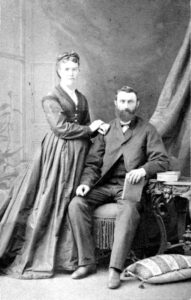 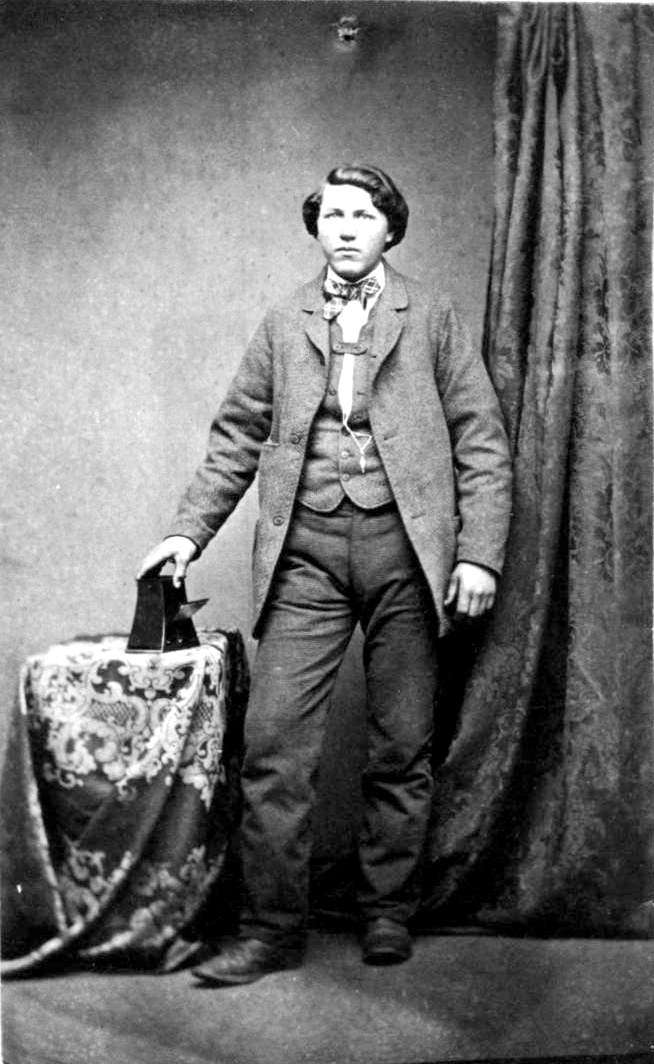 James Knox, son of John and Jane(Smith) Cameron was born 26 January 1872 in Otonabee Township. As a young man he married Marion Shearer. Born 2 March 1880, in the township, she was known as Minnie in the family. Their marriage took place on 10 June 1903. Minnie died in 1939 and James died 12 November 1952. They rest in the Cameron Cemetery. An obituary for James appeared in the local paper:

James Knox Cameron, a descendant of one of the pioneer families of Otonabee Township, died at his home on Wednesday. Born in Otonabee, 80 yrs. ago, his death came rather suddenly. Mr. Cameron farmed all his life in the Cameron settlement named after his forefathers and his farm was on lot 25 of 2nd concession.

and Miss Sarah, William, Robert and Gordon, all of Otonabee.

The body is at the Mather Funeral Home, Keene from where the funeral will be held on Friday at 2:00 p. m., with interment in Cameron’s cemetery. Mr. A. N. Thomlinson of the Westwood Presbyterian church will officiate.

Jane Kirkhope was the second child born to John and Jane (Smith) Cameron. She born was born in 1873 in Otonabee Township.

On 21 March 1900, in the township, Jane married William George John Boswell. William was born in Peterborough on 8 March 1870, a son of William Boswell and Eliza Nixon. 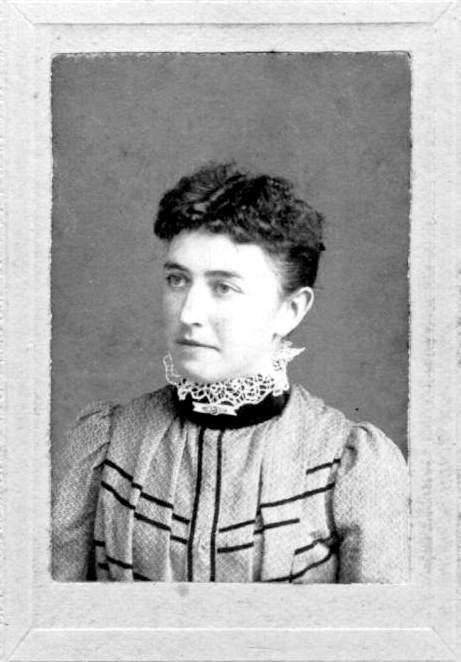 Another son, William Henry Cameron, was born to John and Jane (Smith) Cameron in 1876. William married Bessie Etheltyne Vivian on 23 February 1910. They married in Otonabee Township. To William and Bessie were born three daughters, Bessie in 1911, Elizabeth in 1912 and Effie in 1918. Bessie (Vivian) Cameron died 25 October 1940. William died in 1961. They rest in the Cameron Cemetery.

Robert John Sinclair, was the next child born to John and Jane (Smith) Cameron. Robert was born 30 October 1878 in Otonabee Township. He died 17 September 1959 in Asphodel Township. 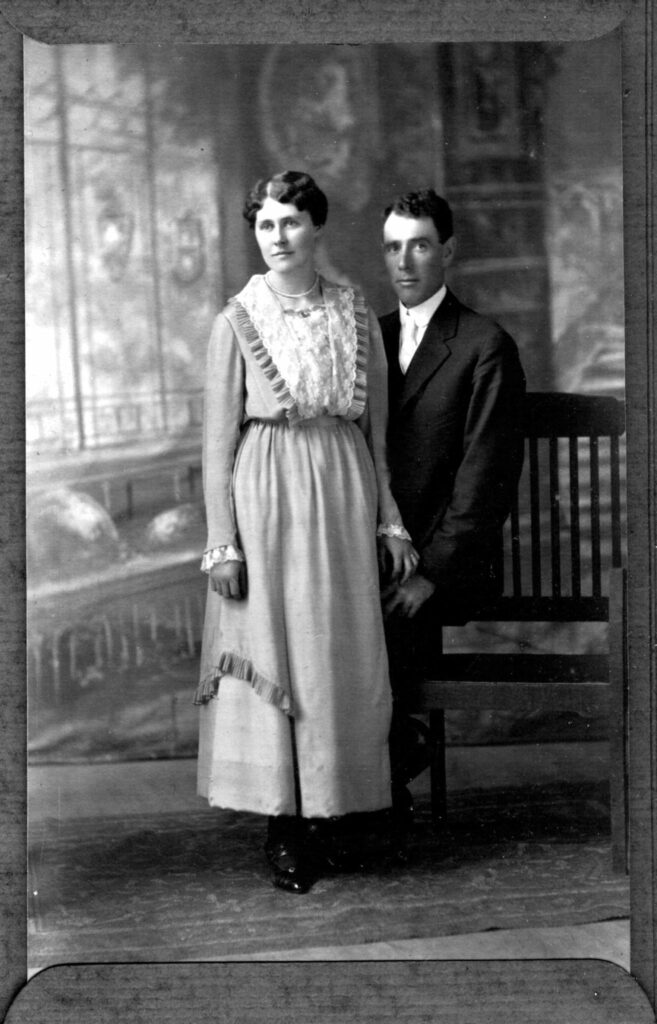 Gordon was the youngest child of John and Jane (Smith) Cameron. He was born 21 November 1885 in Otonabee Township.  On 9 June 1920, at Keene, Ontario, Gordon married Anne Mary Elizabeth Barrens. She was born 8 November 1893, a daughter of Richard and Margaret (Cameron) Barrens.