Links to a Rorabeck Family

Thomas Rorabeck was born in January 1812 in Albany, New York, USA. Coming to Upper Canada he met Cornelia Hicks. They married in Marysburgh Township, Prince Edward County, on 4 January 1834. Thomas and Cornelia established their home in the same county. Two years later, in 1836, a son Sylvanus was born. On 29 June 1839 another son, Benjamin, was born. In 1844, Lydia Ann Rorabeck was born to the family. Sarah Jane, another daughter, was born in 1854 and another son, Thomas E., was born in 1862.

Thomas and Cornelia moved to Dummer Township by the late 1860s. Their last child, Minnie was born in the township about 1870. The couple farmed in the township for almost thirty years before death took Thomas away on 19 January 1897. He was laid to rest in the cemetery in Norwood, Ontario. Cornelia (Hicks) Rorabeck died in Norwood on 13 December 1907. She was laid to rest beside her husband in the Norwood Cemetery. 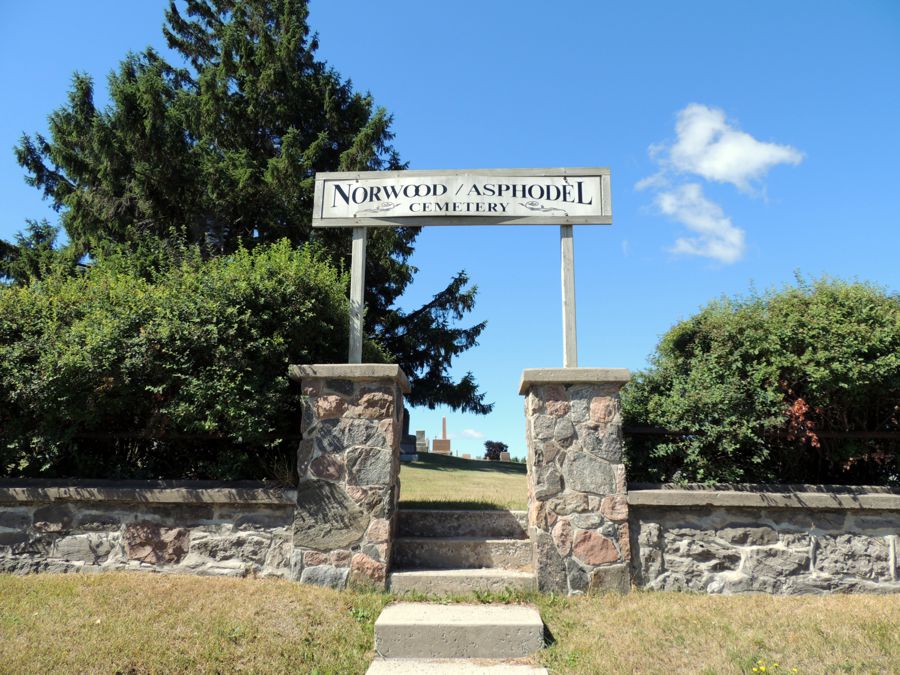 Lives of the children:

Sylvanus, son of Thomas and Cornelia (Hicks) Rorabeck, was born in Prince Edward County, Ontario. In 1860, when he was about 24 years old, Sylvanus married Elizabeth Begg. She was born in 1840 in Percy Township, Northumberland County. Their marriage took place on 24 February 1860 in Brighton Township, also in Northumberland County. Elizabeth, the middle of five children born to John and Margaret Mary Begg, she spent her early lifetime growing up in Percy Township.

After Sylvanus and Elizabeth married, they continued to live in Percy Township. In 1861, a daughter, Amanda Ann was born to the young couple. In 1863, a son, John Wesley was born. The children largely grew up in Percy Township. By 1881, Sylvanus and Elizabeth had mother to Dummer Township. By now, Amanda had married. John Wesley still lived at home. On 31 December 1885, Elizabeth (Begg) Rorabeck died at their Dummer Township home. She was buried in the Norwood Cemetery.

On 4 February 1887, at Norwood, Sylvanus Rorabeck married his second wife, Margaret Mathison. She was born in 1843, in Asphodel Township. Margaret was a daughter of Andrew Mathison and Janet Webster. She was the second eldest daughter and third child of a family of seven children. Margaret and Sylvanus continued to live in Dummer Township. Margaret died 20 January 1921 in Asphodel Township and was laid to rest in the Norwood Cemetery. Sylvanus Rorabeck died 18 December 1924 at their Norwood home. He was laid to rest in the Norwood Cemetery.

Amanda, daughter of Sylvanus and Elizabeth (Begg) Rorabeck, married Hamilton Davis. He was born in 1858 in Smith Township, Peterborough County. His parents were John and Lucinda Davis. Amanda had four daughters before her death on 27 July 1891. She was buried in the Norwood Cemetery. Hamilton died in 1940 in Michigan, United States.

John Wesley, son of Sylvanus and Elizabeth (Begg) Rorabeck, married Mary Alice Baptie. Their marriage took place in Norwood on 26 April 1886. John and Mary had a son Wesley Harold 2 January 1895 who died when he was six days old. They also had a daughter, Gertrude Ethleen, born in Asphodel Township in 1902 and who died in 1990.

Amos Gilbert, son of Benjamin and Mary (Lowe) Rorabeck, was born 29 December 1862 in Percy Township. Sometime after Amos turned eight years old, the family moved to Dummer Township in Peterborough County. When he was about thirty years old, Amos married Clara Elizabeth, daughter of Edward and Sarah Bartley. Clara was born in London, England in 1874. She came to Canada in 1888 as a Barnardo child, travelling with a large group of children being escorted to the Hazelbrae Home in Peterborough, Ontario. 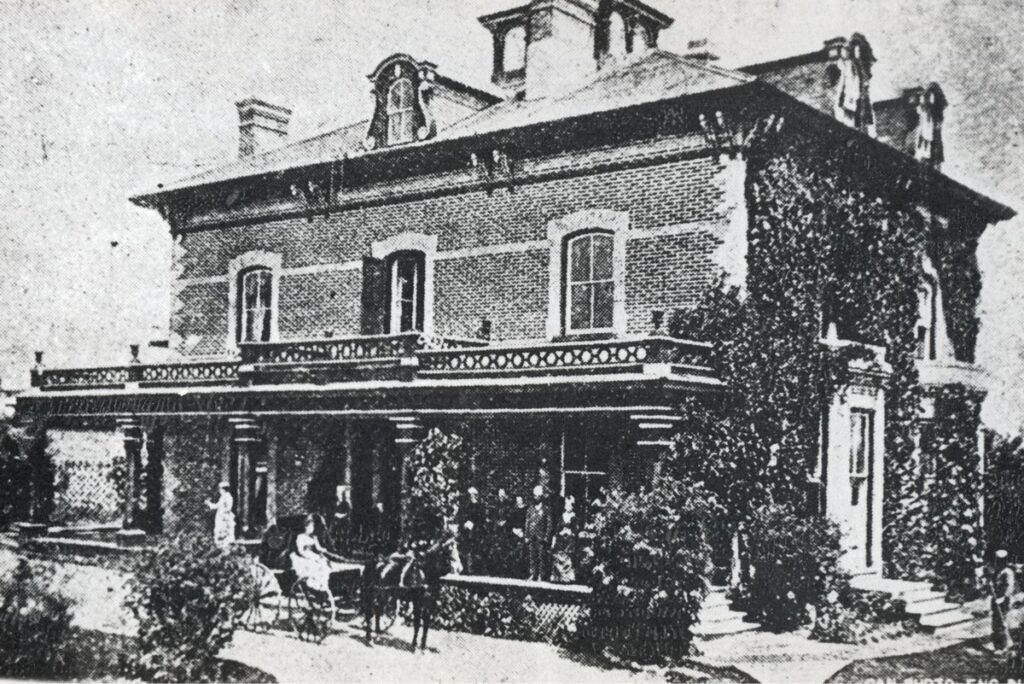 They sailed on the SS Parisian that landed in Quebec in September of that year. In 1891, Clara was listed as a domestic, living with the Thomas and Dorcas Ireland family of Percy Township. It appears that Clara had a sister Martha. She was shown as aged 10 years old in 1888 on the ship’s list of passengers and was entered next to Clara. In 1891, Martha was still residing in the Hazelbrae girl’s home in Peterborough.

Amos and Clara were wed at Norwood on 18 October 1893. One of the witnesses who stood up for the couple was William Ireland, a member of the family with whom Clara had resided since coming to Canada.

On 29 June 1896, in Percy Township, a son Benjamin Franklin, was born to Amos and Mary. This child died on 6 February 1897, at the age of seven months. Later that year on 29 November 1897, still in Percy Township, a daughter Alberta Adlene, was born. Another son, Reuben, was born 7 August 1899. This son also died as a young boy of seven years, on 25 January 1907. He died in Hallowell Township of rheumatism and tonsillitis.

Amos and Clara moved to Burleigh and Anstruther Township around 1900. In 1901 they were living in the household of Benjamin and Mary Rorabeck, parents of Amos. At that date, the young couple had two children, Alberta then three years old and Reubin aged 8 months. It appears that Amos and Clara moved to Athol Township in Prince Edward County, Ontario sometime after 1901, for in that township on 12 September 1907 another daughter, Mary Jane, was born.

About 1910, Amos and Clara moved to Medicine Hat, Alberta. That year another daughter was born to their family. She was Florence Loretta, born 10 March 1910 in Alberta.

Alberta Jane, daughter of Benjamin and Mary Jemima (Lowe) Rorabeck, married James Abbot Turner. James, a son of Henry and Fanny (Brooks) Turner, was born in Hallowell Township, Prince Edward County in November 1867. James and Alberta were married 9 May 1887 in the village of Norwood, Ontario. They lived in the hamlet in the 1890s where James worked as an engineer at a local woolen mill. By 1901, the young couple had moved their family to the village of Marmora, where again, James had employment using his skills as an engineer. In 1911, the family had moved to Medicine Hat, Alberta, again James had work in his field of being an engineer.

James and Alberta returned to reside in Ontario not long after 1911. They were once again living in Prince Edward County when James died on 15 January 1915. After his death, Alberta returned out west to live. She died in Vancouver on 5 October 1929. 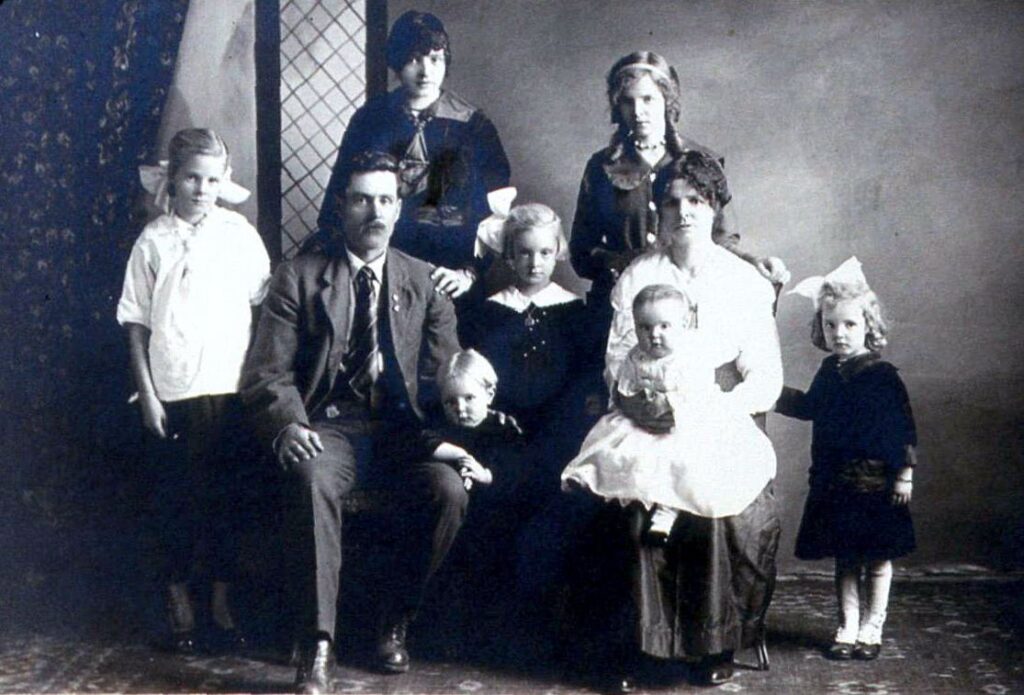 The Family of George and Mary

The first child of George and Susanna was born while the family lived in Marmora, Ontario. Daisy Luella was born in 29 December 1900. The family moved to Burleigh and Anstruther Township where Pansy May was born

2 November 1903. George was born in May 1906 and Myrtle Georgena was born
3 September November 1906. George did not survive. He died after six hours on the day he was born.